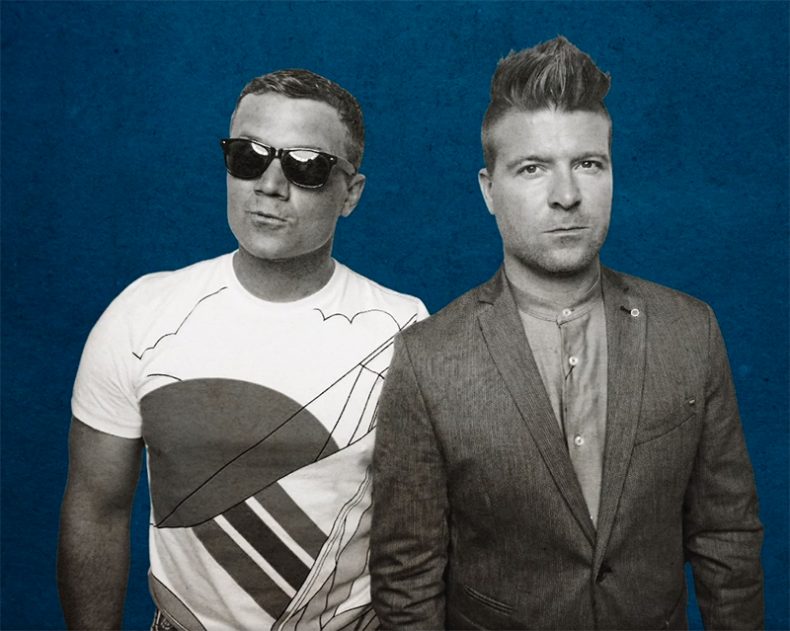 FAREWELL TO THE EINSTEINS OF CONSCIOUSNESS

After their 12-year meteoric rise, Toronto’s Ubiquitous Synergy Seeker, lovingly known as USS, are moving on to other projects.

Accompanying the announcement of their latest and last album, Einsteins of Consciousness, which was released on Jan. 8, 2021, Ashley Buchholz and Jason ‘HUMAN KEBAB’ Parsons also announced that they are moving onto other projects.

‘Being in a band and committing all of your time and energy and effort to it is the greatest time,’ Parsons said. ‘But it’s also the most taxing time, because you don’t realize how much it’s consuming. It got to a point, in the making of Einsteins of Consciousness, with all of our global travels and coming back to Toronto and finishing songs here and there and whatnot, where I think that we both realize that we’ve taken [USS] as far as we wanted to go with it. We both suddenly started having different goals and objectives.’

Parsons noted that they started working Einsteins of Consciousness back in 2017 while they were touring, following the release of New World Alphabet.

‘The album itself was completed at the start of 2020,’ Parsons said. ‘So, three years later, we finished Einsteins of Consciousness, and three years, with travels in between and touring here and there, it’s a long time nowadays to release a new collection of music. Artists are pumping out new songs seemingly every few months. I mean, every time I turn on the radio, there’s a new tune on. So, I think that we just really didn’t keep up that pace.’

Parsons went on to say that they were ok with their way to doing things.

‘One thing that we’ve always told ourselves as USS is, quality over quantity,’ Parsons said. ‘That’s part of why we chose to release for as long as we did, because I only had a collection of tunes that we thought were worth putting in the effort, energy and time.’

‘We went all the way and then committed to playing shows around them and touring around them for as long as we could until we were determined to go back into the studio and finish another collection of songs.’

Parsons also mentioned that the concept for Einsteins of Consciousness actually developed when they were just starting out.

‘So funny enough, back in 2009, when Ash and I were finishing Questamation, we had this idea that we wanted to call Questamation, Einsteins of Consciousness. We actually had an alternative version of that record totally completed. For some reason, we flipped script and we decided to name it Questamation, but we always love that album title. So, it was sitting on the back burner for 12 years.’ 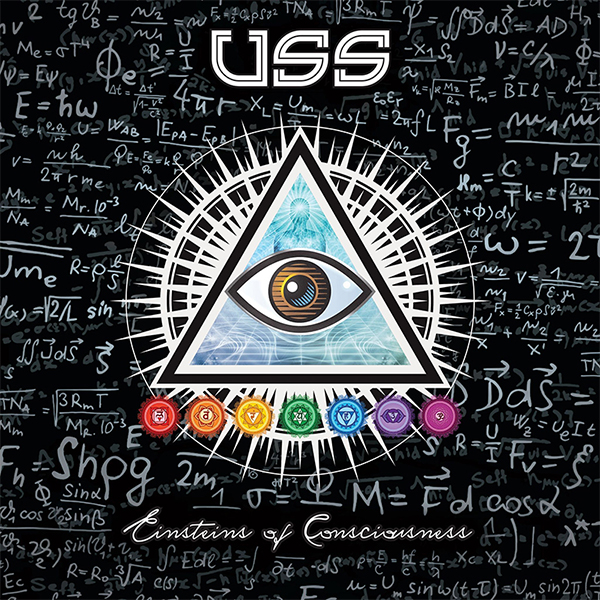 During their time as USS, Buchholz and Parsons pushed the boundaries of music, blending together the acoustic guitar with electronic music. This love for blending forms and experimenting comes out in their album titles, as Parsons notes, they enjoyed playing with the English language and various concepts to come up with unique titles.

Thematic concepts are an important part of their art. Parsons said that as their last album they strove to convey ‘the metamorphosis of us as human beings, as individuals, and collectively as USS.’

Truly, given the amount of awards, fan recognition, and rise to fame of USS, a metamorphosis as an artist is an important concept. The ability to grow is something that appeals to many.

But the most surprising response to USS’s music, according to Parsons, has been fans getting tattoos to commemorate the duo.

‘I’ve always marveled at the tattoos that the fans get of our concepts, ideas, energy. Anything that we’ve done, the fact that a human being would, brandish part of their body has always been just absolutely the most humbling, flattering, and memorable experience,’ Parsons said.

Some of the fan tattoos Parsons has seen over the years were either song lyrics or album art.

‘It never gets old. It’s just always the most amazing feeling seeing that somebody would go into a tattoo parlor and have a concept that you created, for your own art, put onto their skin.’

He said that this really adds to USS’s legacy and reminds him that when they create music and send it out into the world, the creation grows beyond themselves. The music becomes something more, something profound and meaningful to each listener.

‘Being an artist and putting yourself out there, you get doubtful about your own existence or about doing the right thing. Should we keep going? Is this important? Does this mean anything to anyone other than the two of us? The answer is yes!’

‘That’s the one thing that you can’t teach a person when they are considering a career in the creative arts,” Parsons said, “just that humility, that you are accountable to these people and it’s your responsibility. When you go out into the world and you create art, it’s no longer yours. It’s theirs.’

Parsons said that when they decided to dissolve USS ‘there immediately was this freedom that we started to feel, that we could now use our energy elsewhere. It’s so freeing when you suddenly realize that there’s other things that you could do now and that it’s okay. We got to do it on our own terms.’

Samantha “Sam” Stevens is half a music journalist, and half an academic scholar. With a graduate diploma and MA in Journalism, Sam has covered musicians all over the world and her work has appeared in Guitar Girl magazine, North Bay Nugget newspaper, The Link newspaper, and a few others. She even founded and managed her own music blog The Littlest Voice for 5 years, in which the spotlight was thrown on new and emerging indie artists around the globe. Currently, Sam is a PhD student at Carleton University in the School of Indigenous and Canadian studies where she is continuing her MA research on colonial language in Canadian news and government institutions.
RELATED ARTICLES
coalition musiceinsteins of consciousnessfeatures
7.0