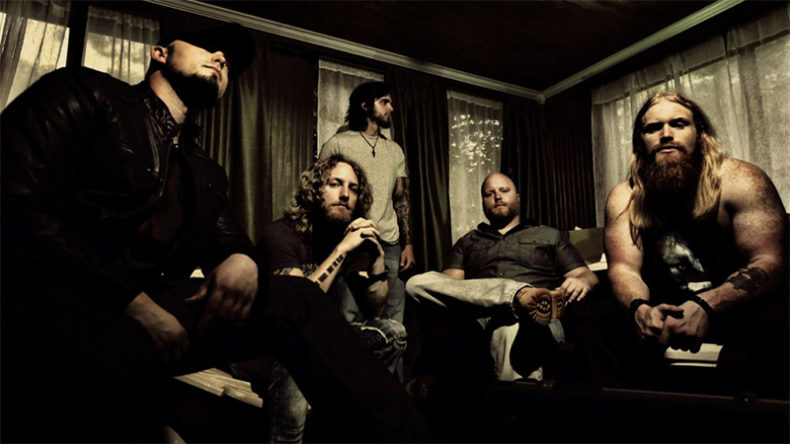 DOWN AND DIRTY, OLD SCHOOL ROCK AND ROLL

A CONVERSATION WITH MATT JAMES OF BLACKTOP MOJO

2017 proved to be a monumental year for Blacktop Mojo. The Palestine, Texas outfit released their sophomore record Burn The Ships, which included their now viral cover of Aerosmith’s 1973 breakthrough hit, “Dream On”. Now, the band who is quickly climbing the ranks of modern rock’s best, is embarking on a massive North American tour from April until July that will take them all across America with their first ever international performance at The Rockpile in Toronto with Of Limbo.

Released on March 10th, 2017, Burn The Ships acted as Blacktop Mojo’s fiery follow up to their 2014 debut full length album, I Am. The album is a straight up, balls to the wall, rock ‘n’ roll record that is an extension of two distinct musical legacies: ‘70s hard rock in the fashion of Kiss, Aerosmith, and Led Zeppelin, and modern rock from bands from the past decade, including the likes of Sixx A.M., Shinedown, and Black Stone Cherry. Lead vocalist Matt James explains the title of the album was inspired by the band’s choice to pursue their careers as musicians. “Two years ago, we all quit our jobs, moved in together, and pursued music full time. You can’t watch a documentary of VH1 or whatever and not hear ‘they all moved into a house together’, you know? Let’s go do that”. This was where Burn The Ships was born. The title “was about reaching a point of no going back. All the songs speak to that transitional period; a lot of relationships were affected. It was definitely not easy, but if you really love something then you have to do everything it takes to make it happen”. 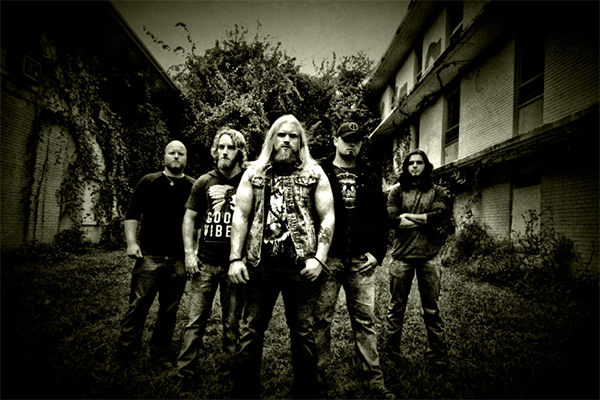 Naturally one of the highlights on the record, aside from the band’s ability to seamlessly transition from heavy hard-hitting tracks and beautifully written ballads, was their cover of Aerosmith’s “Dream On”. “It started as a joke actually. We were putting out covers in between records and a friend kept going ‘you should do “Dream On”’ and we would go ‘no way, you’re crazy! Never suggest that again’”, he laughs. “Anyways our producer caught wind of this and said ‘well just try it’, so we recorded it, and we thought it sounded great and figured it would make a cool addition to the album”. While it may have started as a joke, Blacktop Mojo capture a raw sense of emotion that rivals the original, a feat that very few can accomplish.

Currently, Blacktop Mojo are on the road, travelling across America. James, who is very excited for their international debut at Toronto’s Rockpile, says the audience can expect that “it’s gonna be a good time; down and dirty, old school rock ‘n’ roll show. Their necks are gonna be tired the next day from the head banging”. This will not be a show to miss as Blacktop Mojo is certainly a band to watch out for in the coming years, as they join the ranks of Greta Van Fleet and Them Evils as shifters and influencers of the growing rock revival.

A passion for music has always been a part of Gerrod’s life. As a young boy, he was raised on a steady diet of the music from The Chili Peppers, Aerosmith, The Stones, Prince, and others from his mum. Raised in the GTA, Gerrod continued to foster his love for music by attending a wide range of concerts and learning the drums. His unapologetic passion for music has no bounds and has spread to a wide variety of styles, whether it be the 90’s rock that sound tracked his teenage years, the jazz he studied in university, or his newfound love for hip-hop. He recently received his bachelors in music and education from York University and is passionate about writing and reviewing good (and less than good) music. Gerrod is also the drummer and songwriter for a Toronto based rock & roll band, One In The Chamber.
RELATED ARTICLES
aerosmithblacktop mojodream on

by SPILL NEWS on November 17, 2021
AEROSMITH DROPS PREVIOUSLY UNRELEASED RECORDING FROM 1971 ON VINYL AND LIMITED EDITION [...]
9.0

by Gerrod Harris on January 19, 2018
Joe Perry Sweetzerland Manifesto Roman Records A true legend of the 1970s best known for his work as the lead guitarist from arguably the best hard-rock band of the era, [...]