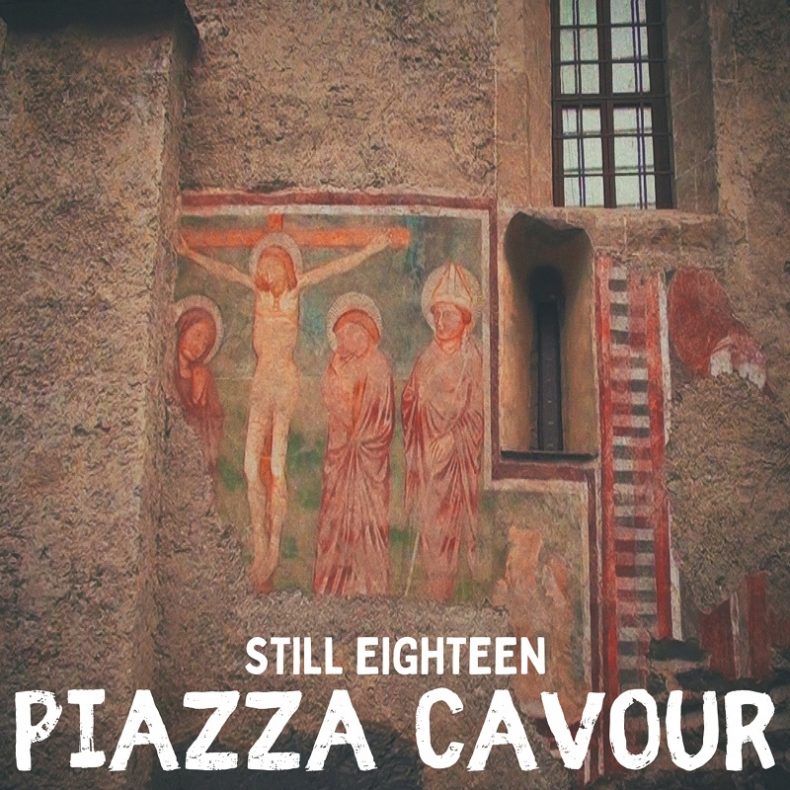 This Zeppelin-esque banger was written during what the band calls “a haunted ski trip”. The members of Still Eighteen include former Platinum Blonde & Trixie Goes Hollywood frontman Joey (lead vocals, guitar and co-songwriter), along with his wife Karen (drums) and their daughter Samantha (bass guitar, vocals and co-songwriter).

Still Eighteen describes the writing of “Piazza Cavour” as an otherworldly experience.

Haunted by night terrors of witches since childhood, Joey felt an ominous energy while on a ski trip in the Italian Alps where his father was born. Joey was waiting for the bus in the beautiful tourist town of Bormio, when he sensed the presence of witches around him. He was struck by the inexplicable knowing that something horrific had happened in the very place where he stood. That day, a deep-dive into Bormio’s 3000-year-old history revealed that 43 women had been hanged and burned to death for witchcraft in the 16th and 18th centuries. Joey picked up his guitar and the song wrote itself that afternoon.

“It was as though the spirits of these women wanted me to tell their story.”