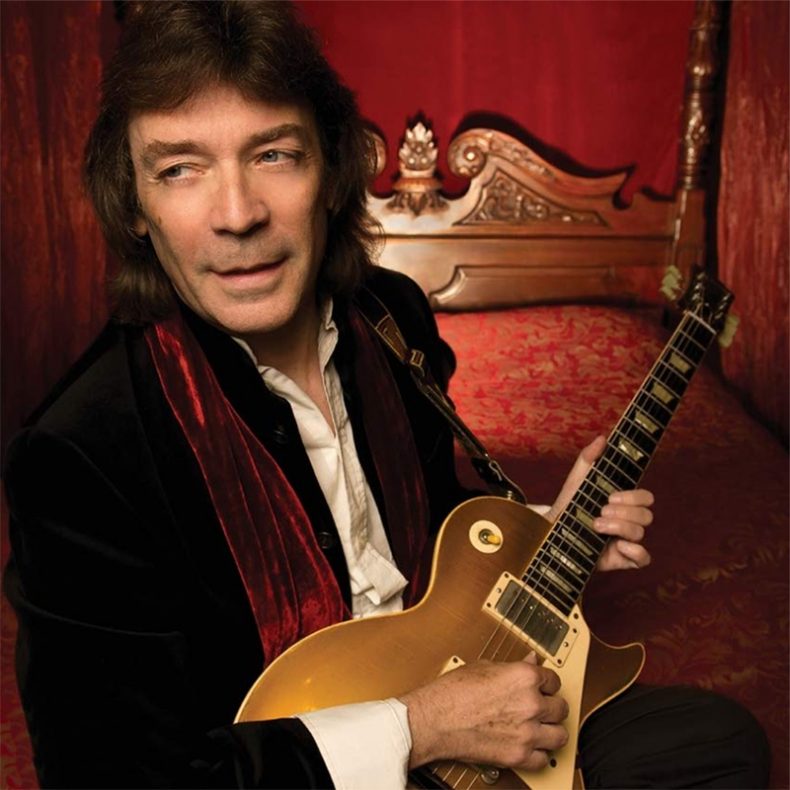 A GENESIS IN MY BED

From 1970 until 1977, Steve Hackett provided some of the most melodic and inventive guitar work in rock as a member of Genesis. You can hear his artistry on such classic albums as Foxtrot, Nursery Crimes, A Trick Of the Tail, Wind And Wuthering and, of course, The Lamb Lies Down On Broadway. But, his brilliant guitar work did not end when he left Genesis, quite the contrary. Along with his excellent solo albums, including Voyage Of The Acolyte, Please Don’t Touch, Spectral Mornings, and Guitar Noir, he was also very active composing classical music and performing the blues. He was also featured in the band GTR. He was a very busy and prolific artist. Just take a minute and google his discography.

Hackett continues to write, produce, and perform today. He tours regularly, and his most recent studio album, 2019’s At The Edge Of Light, was not only successful, it was highly regarded by critics and fans alike. He is never one to stop experimenting musically, and he expanded his skill set by releasing his autobiography in July. In A Genesis In My Bed, Hackett tells his story–and what a story it is.

“My health seems to be OK, we are recording, and that keeps me busy. So I am not idle at the moment. I am not twiddling my thumbs too much,” laughs Hackett as we settle in to talk about his book.

“All I can say is, I have been encouraged to do it by several people. And it has taken 15 years to write this. The last thing I was involved with on that level was when Alan Hewitt did a book, and it was a series of interviews with me. Everyone said, ‘oh I read your book’, and I was saying ‘it’s not my book, it is interview stuff.” I wanted to have a go at writing myself, so [you] get it from the horse’s mouth. It needs to be honest and needs to be all sorts of other things. It needs to be as complete as you can make it. So, I thought, let’s see if you can make a writer out of a guitarist.”

Writing music and lyrics is very different from writing a book, as Hackett found out when he tackled this project. “It was hard work making it fluid and not the easiest thing I have ever written. I know how to write a song, I can do a guitar solo, I can make a video, I can do all those things. Nothing prepared me for the amount of work and time writing, and setting aside time, and rewriting that is all part and  parcel of being an author. I think it is actually very, very hard work indeed.”

In terms of research, much of the material came from Hackett’s memory, and from the fans themselves who have documented his work over time. “I never really kept diaries, but fortunately there are a lot of reference sources. There are dates, which are carved in stone. Other people remember those things, so I can go back to that material and say ‘yeah this happened on such and such date’. I am trusting in memory so much, and my wife, Jo, encouraged me to write things down, and flesh things out and be more organized and have it in a  chronology, and to have a thread connecting everything. She has been very helpful. Many things I had forgotten about, and each time I remembered something, I would think I really need to have this in there.” 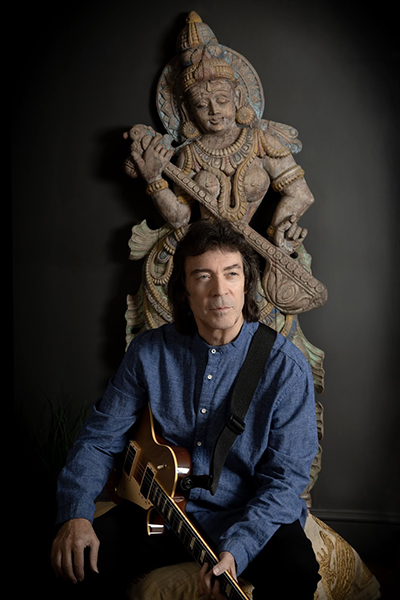 Even though writing was hard work for Hackett, he enjoyed the experience and hopes to continue exploring the author side of his creative work. “Jo and I have been talking about doing a book beyond this, which would be about our travels. Sometimes, I would say to her I need more about such and such, and we would kick it around and she would say ‘perhaps this should be in the next book’. A book about our journeys, not just to places, but journeys within and all of that. Many of the things that might seem really out there and out on a limb are just the sort of things other people may be interested in. They may be interested in aspects of life that we would touch on with this book, which is healing, psychic experiences, and the odd premonition, the paranormal and all that. All the places we have visited such as Ethiopia, Egypt, India, China, Japan, we visited in recent years. Assuming there is an audience for the first one, then it is off to the second.”

Given all of that, he is somewhat vague as to the title of the book, A Genesis In My Bed. “I hope that I revealed what the title is all about, I prefer not to elucidate too much about the title, because I prefer that the title might draw people in,” he laughs.

While A Genesis In My Bed details his life, perhaps it is his musical career that fans are very eager to read about. Hackett has written the book with frank honesty and as how he remembers events unfolding. He is very upfront about his feelings and thoughts, especially about going solo from Genesis. “It was tough because I worked hard to make that band a success. I gave it everything I was allowed to give it, but composition by committee is something Gabriel and I shared frustrations on. There is composition by committee, and there is autonomy. Autonomy is when you are in charge of the project, captain of the ship. When you are in a band, you are a member of the crew and you have to be able to fit in. When you do a solo album, it is a form of dictatorship, it can be a benevolent dictatorship and you can get the best out of people by being complementary, and I have always felt that whenever anyone did anything remotely good on an album I was making, I would jump for joy. When I was working with Chris Squire, unlike working with Genesis, you could see when Chris was happy, he would be jumping for joy, which was very different to the more repressed nature of working with Genesis. Just a different approach.”

Perhaps what made Genesis such a great band was the number of musical influences of the various members. “I was lucky to join a band with a bunch of guys who were into different kinds of music. Mike Rutherford was interested in acoustic music. With Peter Gabriel, you had someone who was interested in soul music and avant garde stuff. Phil–into big band stuff and Tamla Motown, two very separate schools. Tony Banks was a classical music and romantic pop fan, and loved the Beatles. You got all those different influences, and for me, it was blues and classical, where you could find those incredible guitar players–guitar bands, like The Shadows and Cowboy Music.”

In the meantime, Hackett is working away on an acoustic album that he hopes to have out next year and embark on another tour. “I am working as hard as ever, and Jo said to me this very day, ‘I think you are harder on yourself than you used to be’ and perhaps that it is a good thing. But I have a broad idea of what I want to do, so there is an aspect of jamming with one’s self.”

Purchase A Genesis In My Bed Via Wymer Publishing HERE

Features
a genesis in my bedbeasts in our timefeaturesgenesismike rutherfordpeter gabrielphil collinssteve hacketttony banksunder the eye of the sunwymer publishing
a genesis in my bed, beasts in our time, features, genesis, mike rutherford, peter gabriel, phil collins, steve hackett, tony banks, under the eye of the sun, wymer publishing
About the Author
Aaron Badgley