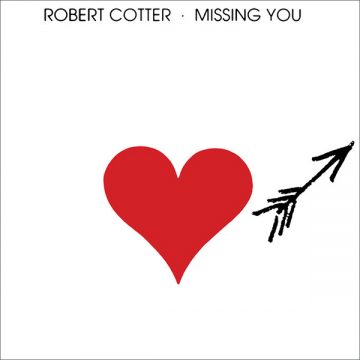 Before Chic set the disco world on fire with the quintessential hit, “Le Freak” in 1978, they were The Big Apple Band, fronted by Robert Cotter. Their only record made together, Missing You, was initially short-lived and was never officially released as most copies were destroyed before being sent to stores. Missing You, as a result, is truly a long-lost album that, up until now, has not seen a proper release. Newly remastered with liner notes by Love Injection’s Barbie Bertisch and Paul Raffaele, it is an uncovered gem of ‘70s funk and R&B.

Missing You opens with the warm keys and frantic pace of the title track that is driven largely by a shifting pulse that creates a unique push and pull feel throughout the verse. Interestingly, the track features a sax solo that feels more like jazz than funk or disco; however, it is such a distinction that gives Cotter’s lost album a level of charm. If “Missing You” wasn’t enough of an indicator, then “Mary’s House” makes it abundantly clear that this record occupies a unique place of the mid ‘70s, resting firmly between R&B of the last decade, the funk of the previous five years, and the disco that was beginning to make waves.

Despite sounding very much a product of its time, Cotter’s Missing You feels slightly ahead of the curve for 1976. Looking past the cheese that is the lyrical content, its strengths lie in the musical performances and the songwriting. Cotter’s vocals are truly melodic and hit unwavering highs with a powerful falsetto that predates both Prince and Michael Jackson. Furthermore, a number of the arrangements, especially “Disco Blues”, “Love Rite”, and “Saturday” – which would eventually be reworked into a hit for Norma Jean Wright – seem to have influenced the early work of Prince. On top of Cotter’s stellar performance and songwriting, the band is as tight as the best funk and disco bands of the time.

It’s not for everyone, but Cotter’s lost record, Missing You, is a peek behind a curtain to a short-lived era where funk and disco seemed intertwined in an organic manner. While it may lack the polish of both genres, the recording’s performance is strong and the songwriting experimental. Had Missing You not been scrapped mysteriously due to the nature of his label Tiger Lily being a tax front for Morris Levy’s Roulette Records, Cotter may have become a premier disco figure well beyond the genre’s heyday. Regardless, Missing You stands as a great time capsule to the early days of disco and to the birth of Chic.

A passion for music has always been a part of Gerrod’s life. As a young boy, he was raised on a steady diet of the music from The Chili Peppers, Aerosmith, The Stones, Prince, and others from his mum. Raised in the GTA, Gerrod continued to foster his love for music by attending a wide range of concerts and learning the drums. His unapologetic passion for music has no bounds and has spread to a wide variety of styles, whether it be the 90’s rock that sound tracked his teenage years, the jazz he studied in university, or his newfound love for hip-hop. He recently received his bachelors in music and education from York University and is passionate about writing and reviewing good (and less than good) music. Gerrod is also the drummer and songwriter for a Toronto based rock & roll band, One In The Chamber.
RELATED ARTICLES
album reviewalbum reviewschic
8.0