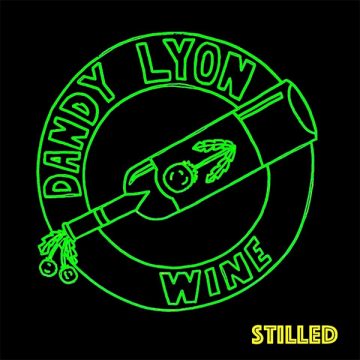 I remember being immediately captivated by Oshawa, Ontario’s Dandy Lyon Wine upon first seeing them live at Revival, a College Street club in Toronto. The trio took the stage with a raw and rootsy sense of traditional blues rock that is rarely found in the city. I’ve followed them since and the band has finally released their debut album, Stilled.

Opening with the upbeat and groovy “Storm”, the tone of Stilled is one that is immediately set. This is a modern blues record influenced from a wide range of artists and styles, but its heart lies in a traditional classic rock and blues setting. This is even more so apparent on the following track, “Tolls”, a political reflection in the shape of an ambient blues ballad. The record continues to go by with a number of tracks standing out, including the acoustic “Colors”, the quirky blues shuffle of “Dreams”, and the eight minute blues jam that is “Graveyard Blues”. It is worth noting here that guitarist and vocalist Derek Lyon’s guitar tones are carefully and tastefully crafted allowing for his lead lines and solos to resonate with a classic and sophisticated flair as he plays with an energy reminiscent of Jimi Hendrix and Stevie Ray Vaughan.

Of the ten tracks on Stilled, two in particular truly stand out as essentials among an already great album. The first is “2%”, a bouncy blues rocker driven by a slick and slinky guitar line and a swaying groove. The second is the shocking and unexpected cover of the Metallica classic, “Master Of Puppets”. The song is reimaged in a manner that is nothing short of brilliant and acts as a striking conclusion to the album.

Recorded in a basement studio, the lo-fi approach only adds to the muddy and traditional blues aesthetic that Dandy Lyon Wine strives for. Stilled is the sonic collision of The Tragically Hip with blues architects like Muddy Waters and guitar legends in tone of Hendrix. Despite their intentionally unpolished sound, Dandy Lyon Wine soar with a collection of ten strong tracks on an impressive debut record.