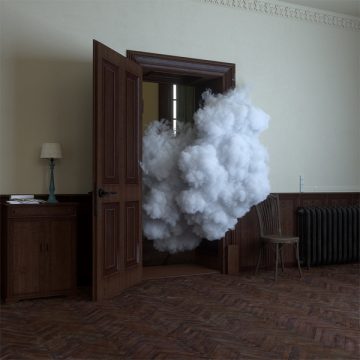 We Are The City
RIP
Light Organ Records

RIP is We Are The City’s long-awaited fifth album, combining musical and lyrical themes from their entire discography into one cohesive art piece. Though the back half drags a bit and there are the occasional misfires, RIP is full of musically creative, well-produced, and well-written songs.

Opening track “Killer B-Side Music” sees the band embracing their status as a staple of West Coast indie prog pop, creating songs for the select few who dearly love their music. Slowly building to a massive chorus, the band has described the track as the loudest song they have recorded. Conversely, “Song In My Head” is one of their most danceable, radio-friendly songs to date, with an impeccable hook and a stunning music video.

This record also succeeds on the tender moments, such as the reflective and repentant brooding at the end of “You’re So Clean” and the sobbing grief of “RIP”. The band wrote the song for their childhood friend Kyle Tubbs, who passed away unexpectedly during recording sessions. Lead singer Cayne McKenzie re-recorded improvised vocals after learning of Kyle’s passing, resulting in one of the most emotionally vulnerable songs ever recorded.

RIP feels like a conclusion. The culmination of years of work, RIP was also the finale of The RIP Store, a month-long project by the band to celebrate arts and music in Vancouver. The group rented out a store in East Vancouver and opened it free for the public. The band used the RIP Store as a rehearsal space, a hangout spot for fans, and an event venue. All through January, they hosted album listening sessions, screenings of their films Violent and Ash, and live concerts by a wide variety of popular Vancouver artists. This included two sold-out shows by the band to launch the new album. All shows were live-streamed.

In many ways, both lyrically and musically, RIP is an album about closure. We hope that this is not the end of We Are The City, but it would be strong finale.