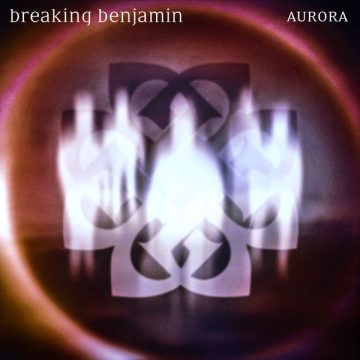 Pennsylvanian band Breaking Benjamin have long since been one of the major influences that continue to shape the hard-rock/alternative scene. Having been quiet for some time since August 2017’s release of Ember, the band has finally resurfaced in 2020 to release their seventh album Aurora. Going back into a long stem of releases, the band has pulled from them nine great moments, reworking them with denuded acoustic flavor and coupling it with a new release. With a few well-known names joining in, such as Cold’s Scooter Water, former Flyleaf vocalist Lacey Sturm, Underoath’s Spencer Chamberlain and RED’s Michael Barnes.

While some will refer to this a being simply redone versions of nine hand-picked tracks, nothing could be further from the truth. Reach deeper into Aurora and you will be able to see that there is more to this album than a surface glance. Completely reimagined, these songs have been undressed and stripped of all prior tracks’ notions, and the band has created a new, heavy, and dynamic sound in its place. With hard rock instrumentation still present within the seams of each experience, the orchestrated elements and piano keeps this grounded as a different kind of record Breaking Benjamin is giving us. Reinventions such as “So Cold” really show the kind of new elephantine atmospheric tension they crafted for fans old and new to explore. With deep drum resonance spiced with acoustic guitar vigor, the alien energy it manifests outside of the original track is worth giving it a listen for this reason alone.  Others such as “Failure” featuring Michael Barnes is an orchestral sweet-sounding treasure that will make you hit the replay button long after it’s finished. Other subsidiary junctures such as “Dance With The Devil” and “Dear Agony” deliciously attract the audio senses with Gontiers and Sturms dulcet vocals and inventive instrumental arrangements.

Overall, this was a vital release for the band. As more hard rock bands emerge with similar albums akin to this, it shows us experiences we are not used to hearing from these bands unless you were to make it to a concert. Having something like this is a beautiful keepsake not just for the fans but is a vestige that the band after so many years can completely chameleonize their sound yet keep some of the heavy energies that have painted earlier releases.