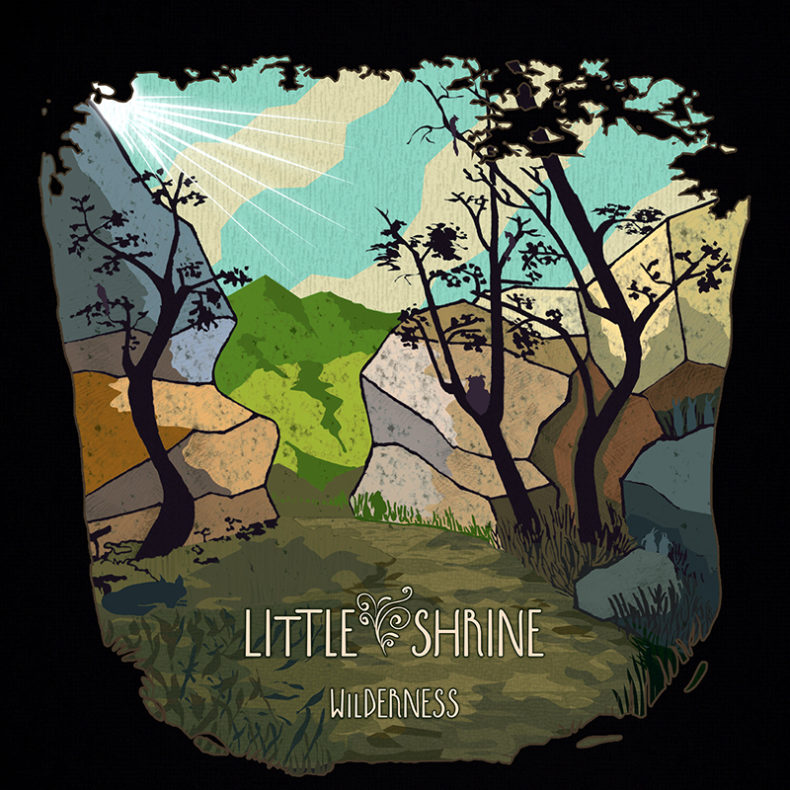 Little Shrine is the folk songwriting project of San Francisco-based musician, Jade Shipman (on vocals and bass), along with guitarist Tony Schoenberg, and violinist Ryan Avery.
The group’s debut Wilderness arrives on Oct. 20th, and represents a musical departure for Shipman who is typically seen around the Bay area performing in several bands that fall into the rock and pop categories. For Shipman, the songs on Wilderness were unexpected.

“This project came from something else, I guess from some tender, raw part of myself that I’ve been hiding musically,” Shipman explains. “I didn’t set out to write folk songs, but I was going through some difficult life stuff and my experiences kept turning into folk songs.” One of these is “Not Today,” the latest single, and centerpiece of Wilderness.

It’s a song which Shipman wrote about a familiar topic – the relentless pursuit of the unattainable – but in a clever twist, she couples the idea with the concept of potentially giving ourselves a break while it’s happening.

“Can’t we set down our struggles for a time, and give ourselves a break?” she wonders.

Shipman’s strength is in being able to convey the seemingly overwhelming quality of everyday traumas in a protective whisper that says “everything’s going to be okay.”

“Not Today” is a perfect example of that.