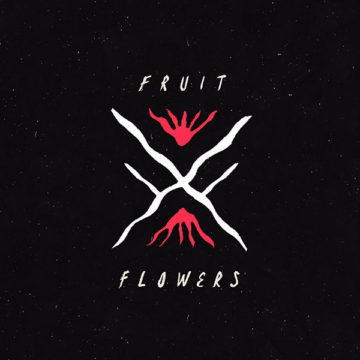 Softly bringing the listener in with a beachy sound and guitar reminiscent of the Pixies, the opening track “Out of Touch” breathes life into a predominantly female sound and ghostly vocals.  With simple lyrics pulling on threads of the ocean or sea (‘…come to my shores’) as is a common thread through out the album, Out of Touch is a bold but minimalistic way to kick off the EP.

The Brooklyn group of four shows maturity through out the E.P.despite this being a debut.  Tracks that include “Subway Surfer”, “Dark Surf” and “Down, Down, Down” show a much darker side featuring cutting bass lines a la “Rock Lobster” that create  an opposing force to the sleepy lead vocals and cheery backing vocals featured on the tracks.

Fruit & Flowers closes their first EP on a strong note with “Pick Fairy” which features a rockabilly sound and a raging guitar solo in the middle and “Drug Tax”, the title track.  This first taste of the grunge surf rockers hailing from Brooklyn prove they are a force to be reckoned with and a sound to be listening for.

Gabrielle Mueller is a lover of all things music, writing and charcuterie boards. Gabrielle has a particular passion for music of the 1960s and the hippie movement in Toronto’s Yorkville district. Gabrielle runs her own music website, The Hippie Historian, where she reviews concerts, interviews musicians and writes about music history that spans the ages.
RELATED ARTICLES
album reviewslittle dickman recordsout of touch
9.0