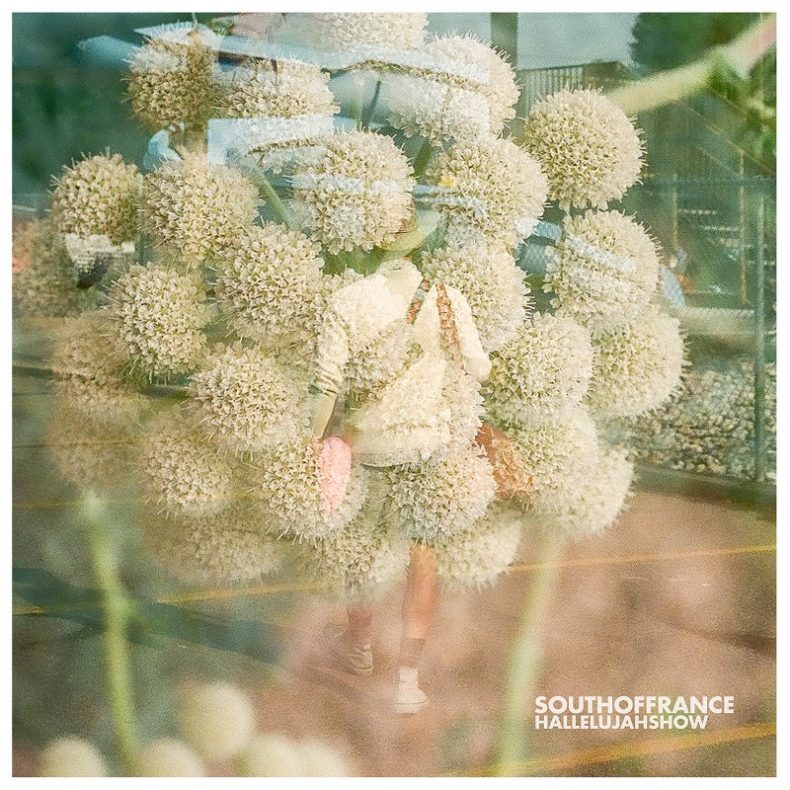 With clever lyrics, a catchy mini Moog synth line and plenty of their trademark groove and slap, “Hallelujah Show” will be released Dec. 17th and is the first single off South of France’s upcoming 2nd LP My Spirit Animal/ My Baggage. Hailing from the streets of Denver, Colorado, South of France’s frontman Jeff Cormack has been building his own brand of dystopian vacation indie rock since dropping the first single in 2015. “Hallelujah Show” explores the truth behind flawless appearances and idealizations.

“I aim to create a vibe of ‘let’s call it what it is’ in a world we try to present as glossy,” Jeff says. “It’s about who we are versus who we think we are. I think that’s more interesting, anyway.”

With modern poetic lines such as

Shaking these dreams/
Contemplating these scenes/ Another boring sunrise/
Are you up love?/
It’s late here looking for my baggage/
The concierge is booking bad trips…

it’s easy to see why South of France has been gaining buzz through things like being previously featured in an episode of Bojack Horseman. Currently signed with Staycation Records, South of France recorded “Hallelujah Show” at their studio with all instruments performed by Jeff Cormack. The track was collaboratively-produced by Cormack, Gregory Laut and David Bennett.

by Ryan Sagadore on September 20, 2019
JEFF BUCKLEY’S GRACE: 25 YEARS LATER Looking back on Grace, it is easy to see why the album was not a hit upon its release. In a time when grunge was king – Nirvana, Soundgarden, and [...]

by SPILL NEWS on November 10, 2016
LEONARD COHEN PASSES AWAY AT AGE 82 Iconic Canadian poet/musician Leonard Cohen has passed away suddenly this evening. There has been no cause announced. He was 82. The following message [...]