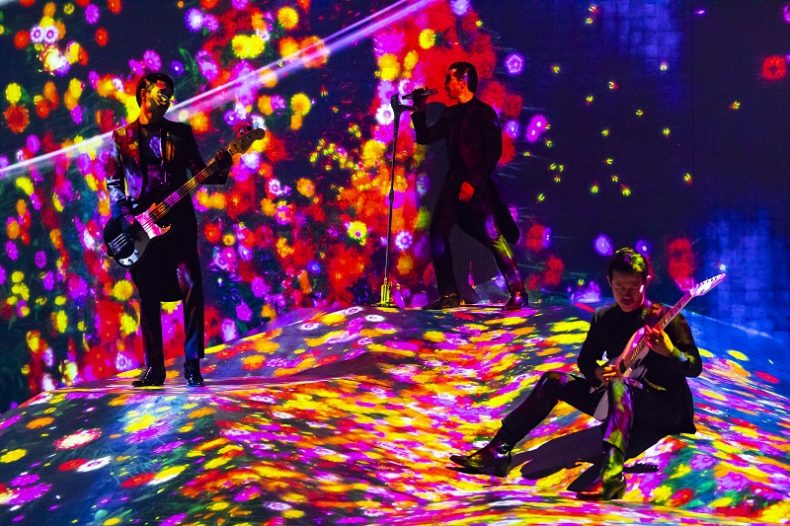 The band collaborated exclusively with TeamLab’s production crew and renowned Japanese director YP to create a truly unique, head-turning visual clip that was shot entirely live with no CGI, to complement the anthemic, rousing production of “Magic”.

“Magic” was produced by Brandon Darner (Imagine Dragons, To My Surprise, The Envy Corps), who had worked with the band on their successful 2018 release Know Your Enemy. Drawing from a myriad of influences ranging from indie, pop, soul, and rock, Slot Machine created a real global buzz with the release of 2016’s English album Spin The World, which was produced by Grammy Award-winning producer, Steve Lillywhite (U2, The Rolling Stones, The Killers, 30 Seconds to Mars). With six albums already to their credit, the band followed up their 2017 14-date US Tour for Live Nation with a new wave of creativity on the world stage.

After some amazing live shows in 11 countries, they went back into the studio in the summer of 2018 to record a new album with eminent producers Brandon Darner (Imagine Dragons, Envy Corps) and Justin Stanley (Beck, Mark Ronson, Eric Clapton) due early 2020. The first single, “Know Your Enemy” (released November 2018), was also the theme song for AIC 2018, hosted by Garena Games/ROV Thailand.

“Even though there is a sense of unrest and hopelessness in the world today, we all need some Magic in our lives.”

by Robert Defina on August 9, 2019
Snow Patrol Reworked EP1 Universal Music Canada It’s hard to believe that Snow Patrol formed 25 years ago. The ebbs and flows of their international success seem clearly to have hit their [...]
8.0

by Sadie Kromm on August 9, 2019
The Franklin Electric In Your Head Last Gang Records Timeless writing that you cannot afford to escape is a quick taste of sweet candy that Montreal based duo The Franklin [...]
8.0

by Br. on June 29, 2018
Florence + the Machine  High As Hope Virgin EMI  There are few, if any, voices more distinctive or powerful than that of Florence Welch. Famed for her ability to channel emotion [...]
6.0

by Br. on June 8, 2018
Snail Mail Lush Matador Maryland-born Lindsey Jordan, the lead-singer and creative engine behind Snail Mail, must have had cool parents. Maybe an older sibling that was into grunge. Having only [...]