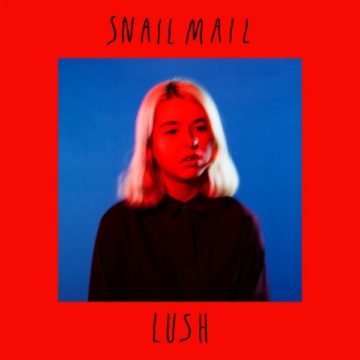 Maryland-born Lindsey Jordan, the lead-singer and creative engine behind Snail Mail, must have had cool parents. Maybe an older sibling that was into grunge. Having only been born in 1999 herself, she has clearly been influenced by the heyday of alt-rock that was the 1990s as much of this album oozes grunge aesthetic from the guitar tuning to the laissez-faire vocals. One listen brings to mind Kim Gordon, Liz Phair, The Breeders, L7 and a host of other great female-led rock acts from the decade that Jordan must have spent a great amount of time immersed in.

Unfortunately, and regardless of the many accolades thrown her way, being true to a now passé genre does not make a great album (just ask Gorillaz) on its own. There is a lot to like here and to have seemingly captured her sound at such an age is impressive but by the halfway point of the album, it’s clear that variety is not a priority for Jordan. Many songs drone onwards, supported by same-ish sounding instrumentation and though the lyrics sometimes belie Jordan’s tender age, eventually the most present emotion for this listener at least is boredom.

As stated, there is a lot to like about this album, not least that it is so cohesive and polished a debut, but with such a small range of emotive moments, it was hard to really get taken anywhere or feel impressed. What perhaps is most interesting is where this debut will allow Snail Mail to go next; there is a solid base upon which to build a future and I’d have to hope, some inspiration to find new sources of motivation and inspiration such that the music is allowed to grow alongside the lead singer and her creative vision.

Br. lives in southern Ontario, grew up on The Beatles and The Journeymen, spent his adolescence immersed in grunge, and his adulthood in British alternative. His greatest joy is seeing his son dance and grow into his own appreciation of the indescribable joy of music...
RELATED ARTICLES
album reviewalbum reviewsindie rock
8.0