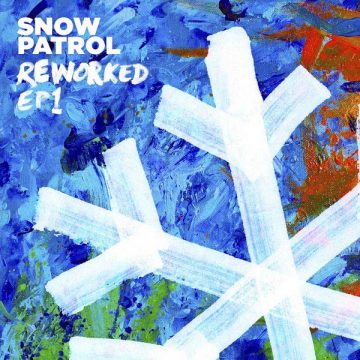 It’s hard to believe that Snow Patrol formed 25 years ago. The ebbs and flows of their international success seem clearly to have hit their stride only 13 years ago, with the release of the smash hit “Chasing Cars”. True fans of the band were not solely captivated by this one hit however, thus bringing us to these reworked EPs.

The first EP contains only four tracks, three reworked hits and one new song, in a sort-of Greatest-Hits-shrapnel aesthetic. And while reworking old hits feels fresher and far less lazy than simply releasing a Greatest Hits album, this four-song EP flounders on two of its tracks, and frankly that’s far too many to allow.

The opening track, new track “Time Won’t Go Slowly” embodies what’s always been wonderful about Snow Patrol – a unique, uplifting melody drawn from synths and guitars and slow percussion meanwhile the croon of Lightbody as he juxtaposes his light singing with his heavy words. The track features some nice plucking leading to a well-timed piano crescendo that vaguely resembles some 80s sci-fi movie soundtrack.

Following this are reworkings of two contenders for second place to “Chasing Cars” in terms of notoriety. Yet, both fall victim to what is typically expected of reworkings – neither feels more impactful than its original. The slowed, stripped version of “Chocolate” lacks the energy to balance the original playful nature of the lyrics. “Just because I’m sorry doesn’t mean I didn’t enjoy it at the time” sounds much less tongue-in-cheek when it is sung so somberly.. This is followed by a far too overproduced version of “Crack the Shutters”, which frustratingly plays with a synth that makes Lightbody seem like he is underwater. The entire song feels numb, which does no favours to its incredibly beautiful lyrics, expressing love in such wild detail. Surely no one can argue that the version from A Hundred Million Suns is far more impactful than this lull.

Thankfully, one of the three reworkings shines. The closer, “Open Your Eyes” (taken from the same record as “Chasing Cars” – Eyes Open), is well-paced and strengthens the framework previously laid down by the original cut. The stripped version doesn’t stray too far from its predecessor, but the spaces created by slowing the music down and stripping the initial production leaves room for the instruments to feel freer and for the listener to gather more from discrete parts of the arrangement.

In the end, there may not be a reason for these reworkings to be released in place of some new music, but fans of Snow Patrol might enjoy a listen or two while biding time for the next release.

Robert Defina is an avid critic both on paper and in person. He spends more time writing album reviews than he does worrying about his future. He hopes that this sort of procrastination never grows old.
RELATED ARTICLES
album reviewalbum reviewsalternative rock
7.0