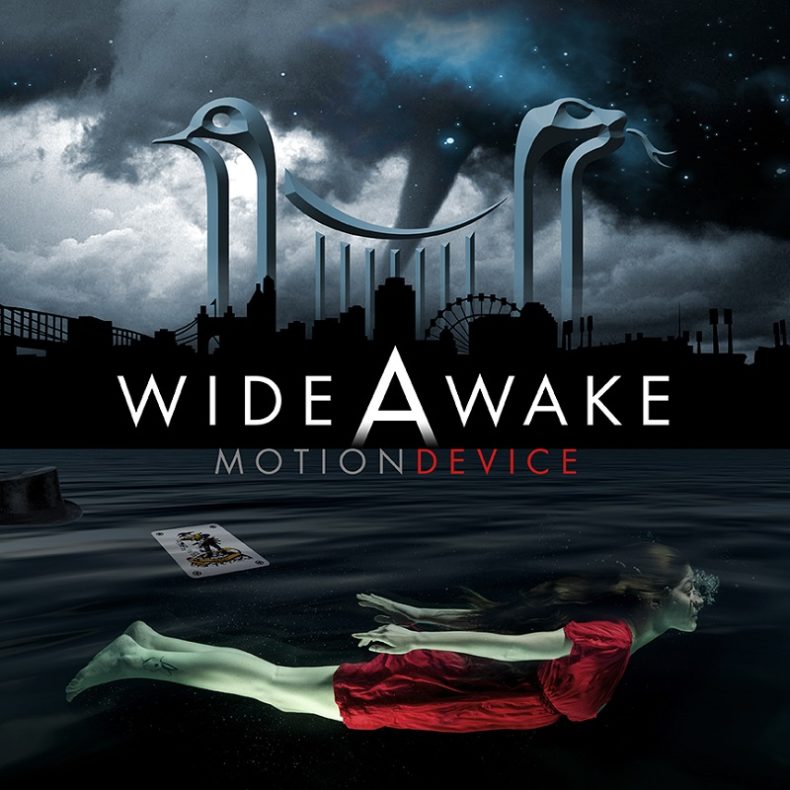 Taking to a jam space to play their hearts out for each other is just what Motion Device needed to showcase “Unbroken” — the second single released off 2017’s 20-song concept album Wide Awake, released July 2017.

And they get it in “Unbroken” and more.

With 24,000+ views on YouTube, the video delivers a desaturated and near-melancholy opening through the halls of Toronto’s Decibel House before giving way to Sara Menoudakis’ deftly skilled and richly immersive vocal capabilities. Band mates bassist and keyboardist Andrea Menoudakis, guitarist Josh Marrocco, and percussionist David Menoudakis round out the expansive talent packed into five and a half minutes of play.

“We wanted to get up close and personal with everyone,” say Motion Device. “It’s a dark, bluesy track with powerful vocals and guitars, so we thought the black and white would suit the song perfectly.

“And we love the haunting image we stumbled upon at the end during our walk through the dark corridors.”

Paying homage to the conceptual masterpieces of Pink Floyd and Rush before them, Motion Device’s Wide Awake is far from a superficial set of songs.

The band successfully rises to its goal of channeling narratives unique to others as well as their own, parlaying stories from various perspectives on the rites of passage and day-to-day life. “We strive to create music that not only sounds good to the ears, but hopefully moves something inside us and helps people get through this incredible yet complex journey we call life,” say Motion Device. “We’re trying to make a difference, we’re trying to be activists, yes, but when people share with us that they’re affected by the music, and it moves them to an emotional level, it’s great to know that the music is touching people that way.”

Fans were ready to show their appreciation.

Having previously released their debut and sophomore albums via crowd-funding campaigns, Wide Awake brought their world-wide network of fans together again, this time raising $60,000 towards its creation.

Motion Device is a hard rock band based in Toronto, Ontario, Canada.

It’s no coincidence their brand mark is a nod to Greek mythology and Orpheus, whose music and poetry were so beautiful even the rocks and trees would be moved. Fronted by lead vocalist Sara Menoudakis alongside founding members David Menoudakis on drums and percussion, Andrea Menoudakis on bass and keys, and Josh Marrocco on guitars, the band has amassed more than 85,000 fans online and more than 14 million views on their YouTube channel.

In the years since, they’ve transitioned to original music and songwriting, a shift that was enthusiastically received by their fans.

All three releases from Motion Device have been the result of crowd-funding success and the overwhelming support from their audience around the world. 2014’s EP, Welcome to the Rock Revolution raised $13,000 and 2015’s Eternalize raised $32,000. This year’s Wide Awake is the band’s most ambitious and musically rewarding release yet, with the conceptual 20-song double album inspiring their audience to raise $60,000.

SPILL TRACK OF THE DAY is published daily, showcasing the best in recent independent releases, with a focus on the Toronto Indie Music Scene. We also feature tracks from across Canada and around the World, including Canadian francophone releases. Remember -- you heard them here first. ;)
RELATED ARTICLES
independentindie musicnew music