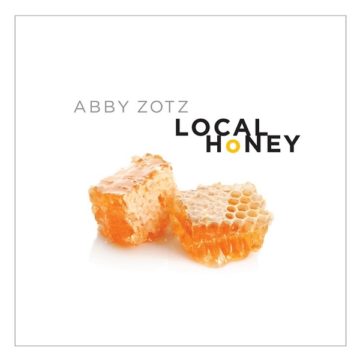 Abby Zotz has been making music for most of her life. Music has taken her on paths she may not have imagined, but it has been a big part of her life. She has formed and participated in several bands since the 1980s, released one album with MadriGALS, and two albums with the band Two Roads Home. That band featured Bryan Williston, who co-wrote four songs on this album, Local Honey. This is Zotz’s first solo album, and although it seems to be coming late in her career, it has the feel of a true debut. Local Honey has been a long time coming and was an obvious next step for Zotz.

It is hard to actually define her music, as it has strands of pop, folk, cabaret, Broadway and country. Zotz is able to bring all the genres together to form a fantastic and cohesive album.

Lyrically, the album is focused around peace and love. Zotz is looking to create a tranquil and peaceful album reflecting her contentment and love in her life. Then there are songs such as “Peace Sweet Peace”, which starts with finger snaps, piano and almost a mantra “Peace, sweet peace/Peace, sweet peace”. The song continues with Zotz personifying ‘peace’. It is a remarkable song, lyrically and musically.

The album is full of great songs, such as the second single, “Good Bones” (co-written by Bryan WIlliston), “Pirouette” and a beautifully arranged version of the Christmas carol “All Through The Night”, which makes one wish she might consider a Christmas album. There is more than enough variety of styles to keep the listener interested, and the album has a beautiful flow to it.

Local Honey is an impressive debut. Zotz has a great deal of talent and can write some fine songs. She can also interpret songs as well, turning them into her own. Perhaps a rethink of the last cover is in order, but otherwise this is a brilliant album. In this day and age I welcome any album as peaceful as Local Honey. We need more songs about peace, love, understanding, and communication. This is an album that embraces you, while you embrace it.

Born and raised in Whitby, Aaron discovered music through his love of The Beatles. This led to a career in radio, writing for various publications, and ultimately a radio show about The Beatles (Beatles Universe), which ran for over four years. When not immersed in music, Aaron enjoys spending time with the loves of his life -- his wife Andrea, and daughters Emily and Linda (all of whom have an intense love of music too).
RELATED ARTICLES
abby zotzalbum reviewalbum reviews