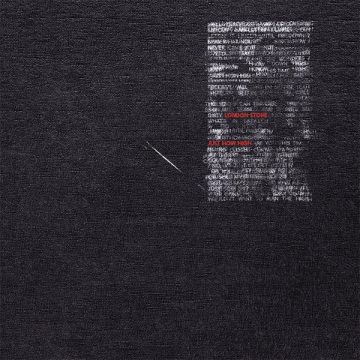 The London Stone cries these five words, as the drums bash away, the crunchy guitar riff repeats, and the echoey vocalist announces “and on, and on, and on.” Dance you will, according to the band, as they insist they are the modern stoner band to dance to.

The three songs released on the Toronto band’s second EP, Just How High, comprise what will indeed be a good few minutes of headbanging, distorted rock. In a time where music is in so many genres, London Stone decided to get back to what makes rock sound like rock. The grunge-tinged, breathy vocals could be mistaken for a live performance, with their free-form melodies, their casual words, and hand-clapping beats.

Led by “I Just Might”, the song which yearns for the aforementioned dancing shoes, any listener would be proclaimed a liar had they insisted they couldn’t keep their head from banging. It’s standard grunge, but it’s some top notch sound. The bouncy title track features a lot of cymbals, with a nu-metal edge that would be at home on the soundtrack of an NHL video game. The last of the three continues the great guitar sound, definitely a crowd pleaser. With different mind-bending melodies, the guitar achieves a certain sound, almost an achievement.

With The London Stone’s second effort, you get what you come for. The band belives listeners “can expect to feel like they got swept up in an alley brawl between the Queens of the Stone Age and the Wu-Tang Clan, right before they realized they could all be friends and listen to Beyonce.” I think that’s an apt description. You’ve earned it, boys.

King Dawit considers himself the Psychedelic Cowboy. Raised on The Beatles, Queen, The Rolling Stones, and Crosby, Stills, Nash, & Young, you will never find Dawit listening to the same thing two days in a row, whether it be '70s progressive rock or late '60s Baroque pop. Dawit is also a Toronto-based writer, filmmaker, and music producer. Among his favourite writers are Hunter S. Thompson, Terry Southern and Lester Bangs.
RELATED ARTICLES
album reviewalbum reviewsgrunge
9.0