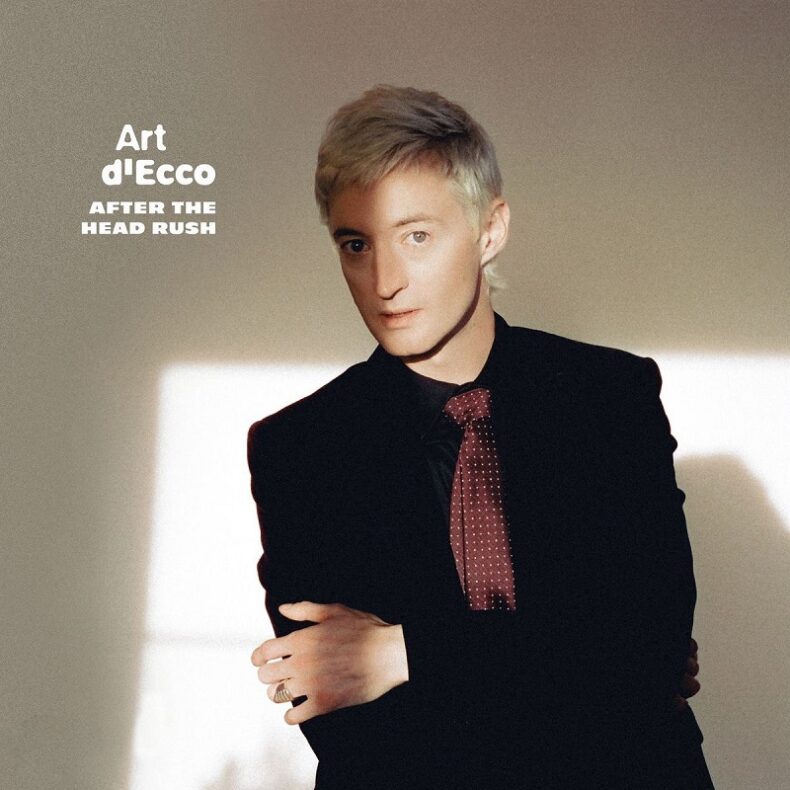 Art-rock singer-songwriter and producer, and shape shifter, Art d’Ecco shares “Midlife Crisis,” another single off his forthcoming album, After The Head Rush coming out June 24 via Paper Bag Records. The track and video, describes conflating growing older and feeling dissatisfied with life. Art says: “Me at 37/38 years old. I’m so pathetic I can’t even start my midlife crisis. It is so absolutely pathetic, it makes me laugh.”

Art has just returned from a triumphant series of shows at both Focus Wales + The Great Escape where he previewed a number of new songs from, After The Head Rush. Select dates in the US are confirmed for June and are listed below — tickets are available and on sale HERE.

After The Head Rush is an unapologetic ode to the audacity and playful cynicism of growing up. It emerges like the shadow of a sundial cast between two time zones – one in the past, and one in the present. Infused with belated coming-of-age wisdom it sparks the dawn of a new era – inspired by a move to his hometown and the thrill of rediscovering the music of his youth.