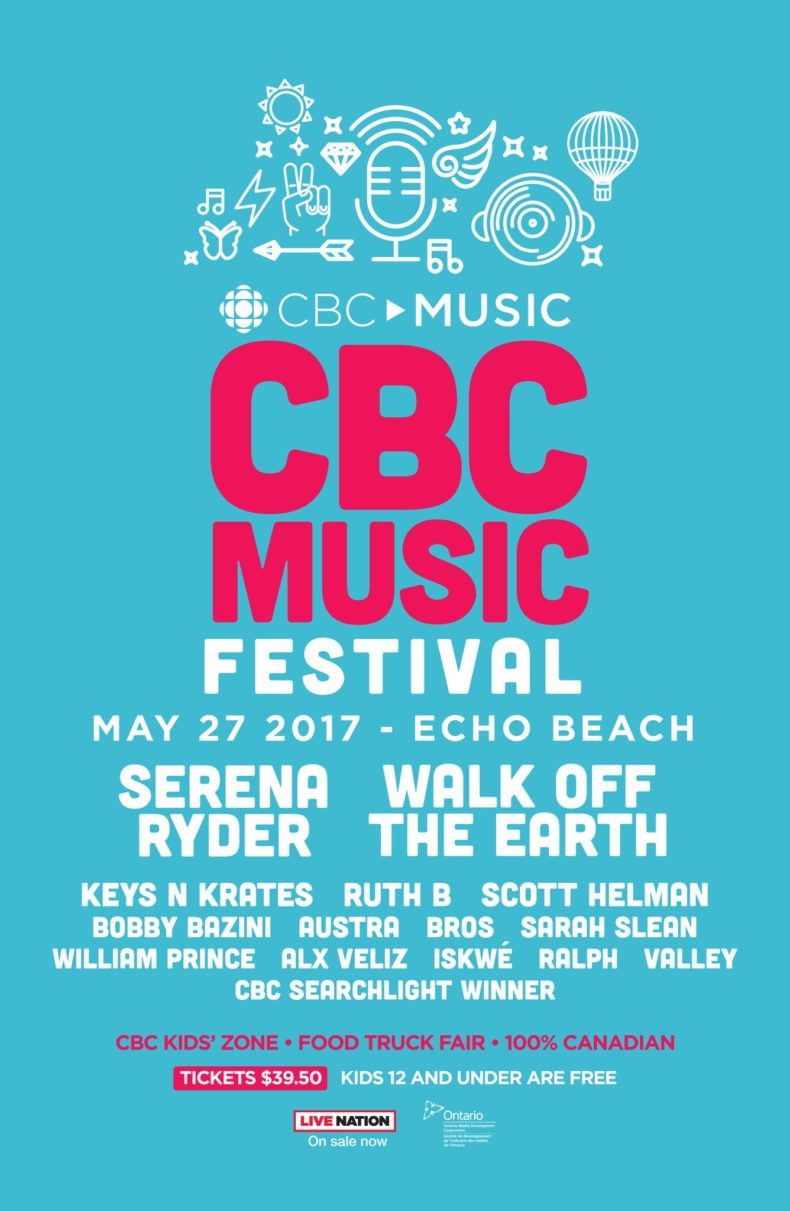 CBC Music announces the return of the CBC music festival to echo beach in Toronto on Saturday, May 27, 2017.

Tickets will go on sale to the general public on Friday, March 3 at 10 a.m. ET through Ticketmaster, with general admission passes going for $39.50 +fees. Children 12 and under enjoy free entry.

SPILL NEWS strives to keep our readers up to date with news and events in the music industry. We keep you informed of the most recent information regarding new releases, tour dates, and information items about your favourite artists.
RELATED ARTICLES
cbc music festivalecho beachnews