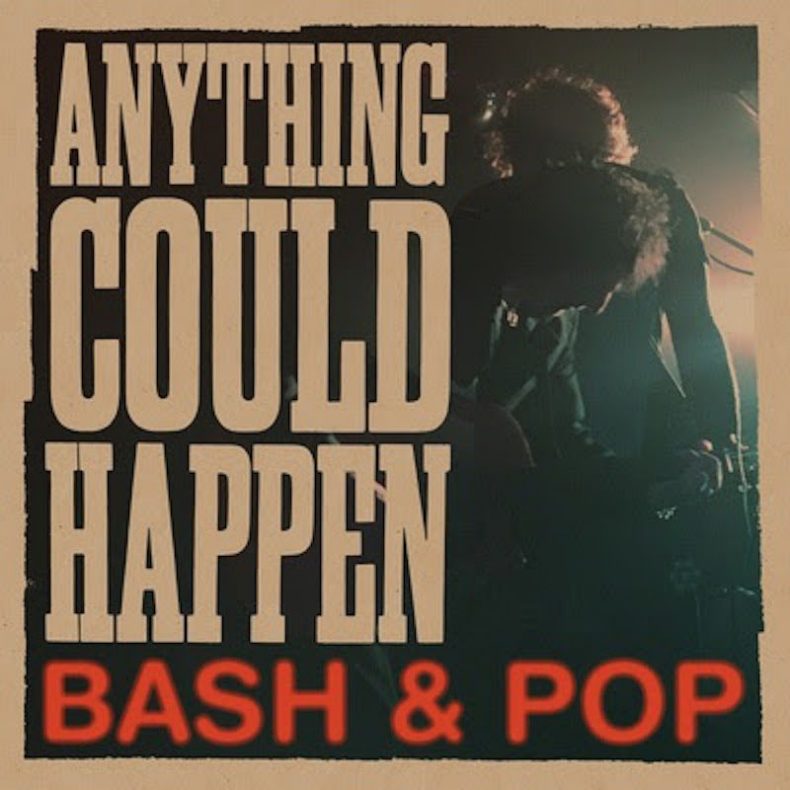 Tommy Stinson, his Bash & Pop mates and Fat Possum Records are proud to present to you “On The Rocks,” the first new track from Anything Could Happen, the long-awaited follow-up to the band’s 1992 debut, Friday Night Is Killing Me, in stores January 20th.

The video  features video clips from the band’s last couple years, starting on January 23, 2015 when Tommy first brought Luther Dickinson, Cat Popper and Frank Ferrer into the studio to begin what would become Anything Could Happen, and culminating in their boisterous live experiences that the fans can expect to see in 2017 and beyond.

“‘On The Rocks’ is one of the first songs that I penned for this record in the rock department. I’ve been writing a whole bunch of stuff over the last few years, and this is the one that I decided was going to be sort of the lead-in kind of song as far as how the record is going to sound.” – Tommy Stinson

In other news, Sire/Reprise has announced a release date of January 24, 2017 for the first ever vinyl pressing of Friday Night Is Killing Me.

Both albums are available for pre-order via Bash & Pop’s exciting Pledge Music campaign, which can be visited here. In addition to ordering the new music, fans can Pledge towards unforgettable experiences with Tommy and the band (Tommy officiates your wedding, “Billiards w/ Bash & Pop”, Full Band Kegger in Your Basement) as well as unique memorabilia such as Tommy’s old bass guitars, both smashed AND fully intact.

All pre-orders of Anything Could Happen come with an instantly gratifying download of “On The Rocks.”

Bash & Pop will tour the U.S. and beyond in 2017, tour dates to be announced soon, including the band’s first show since the late-1990’s (at Minneapolis’s legendary 7th Street Entry) and a swing through the SXSW Music Festival & Conference in Austin in March.

Anything Could Happen Track Listing

SPILL NEWS strives to keep our readers up to date with news and events in the music industry. We keep you informed of the most recent information regarding new releases, tour dates, and information items about your favourite artists.
RELATED ARTICLES
fat possum recordsnewstommy stinson
7.0