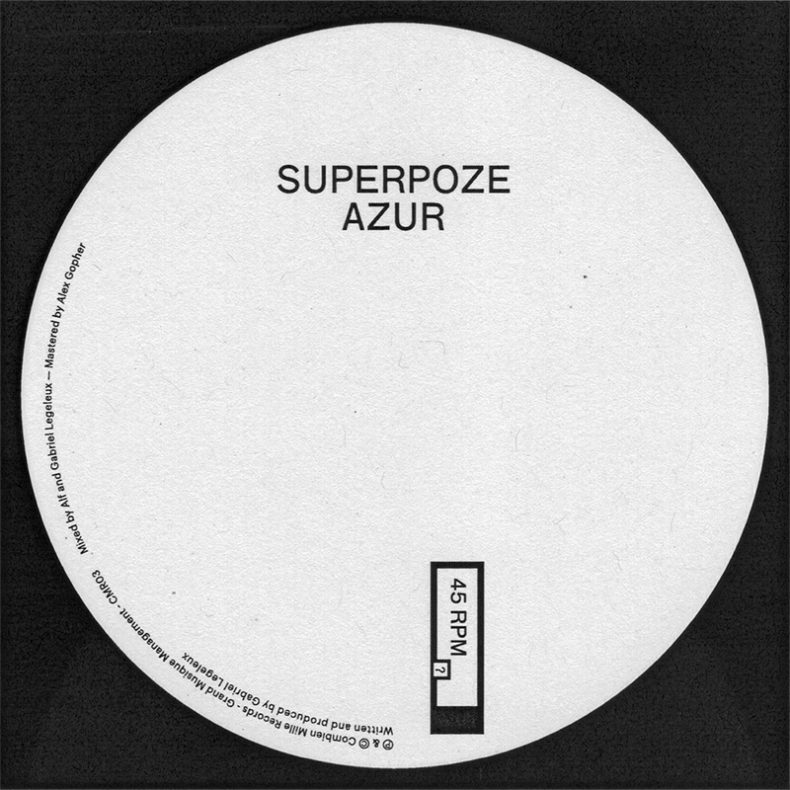 Superpoze is Caen, FR-born producer and DJ Gabriel Legeleux today shares his live video from a recent trip to Toronto. In it the young producer performs Shelter (from his Gleam/Shelter 12 released earlier this year) as well as his latest single ”Azur” (released this past September).

Its name “Azur”, is a reference to Rimbauds Alchemy of the Word, Enfin, ô bonheur, ô raison, jécartai du ciel lazur, qui est du noir, et je vécus, étincelle dor de la lumière nature (“Finally, O reason, O happiness, I cleared from the sky the blue which is darkness, and I lived as a golden spark of this light Nature.)

When I was a child,I followed percussion classes at the conservatoire. Wed learn keyboards (marimba, xylophone, etc.) and the instruments were purely rhythmics. However, my debut album didnt include this percussion work. “Azur” is one of the first tracks written in the perspective of a second album, and these childhood percussions reappeared.

Shortly after making a name for himself in his hometowns electro/dance scene, the young artists career took off at lightning speed. Since its launch in 2012, his careers CV includes: a live tour that saw him appearing at top festivals (from Frances Transmusicales to the Montreux Jazz Festival), DJ sets across Europe, two EPs released on his own Combien Mille Records label, an EP and tour with his group Kuage, a joint venture with his friend Stwo, a debut full length (Opening) and most recently an EP (Gleam/Shelter) earlier this year. Along the way, he gained the support of Giles Peterson, Bradley Zero at NTS, Lefto, Radio Nova, a wide variety of outlets in France and many others.