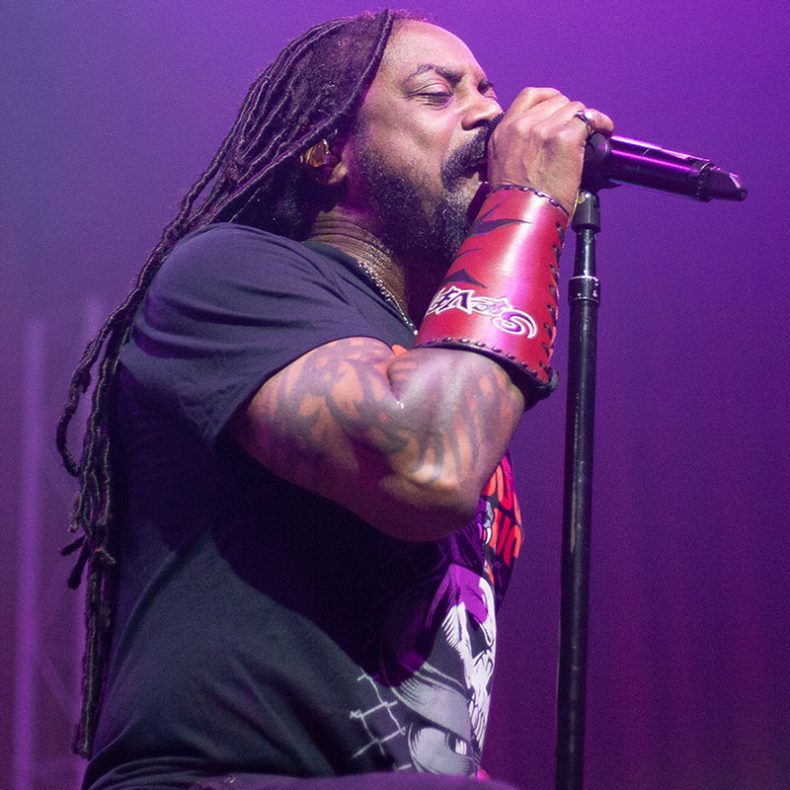 Sevendust’s third Studio album Animosity was released November 2001 and within four months it was certified gold. The veteran rockers are now trekking across the US on a massive tour in celebration of their 21st anniversary.  The first leg of the tour features support from Dead Poet Society and Tetrarch.

Dead Poet Society is an L.A.-based four-piece with crunchy, bluesy riffs and catchy choruses. The band certainly caught the attention of the concert goers tonight. Bassist Dylan Brenner threw out high kicks and guitarist Jack Collins shuffled about the stage as blue, green, and purple lights faded in and out. Ballads off of their debut album, -!-, and perhaps their most well-known catchy song, “CoDA”, ended their approximate 30-mins set.

Tetrarch, from the very first note, brought high energy, thrashing guitar riffs, and emotional lyrics. Vocalist Josh Fore was relentless in keeping the crowd moving, singling out an audience member and giving him the job of “starting that pit and keep it going.”  Their set list mainly consisted of songs off of their most recent album Unstable including the fan favorite “You Never Listen”. 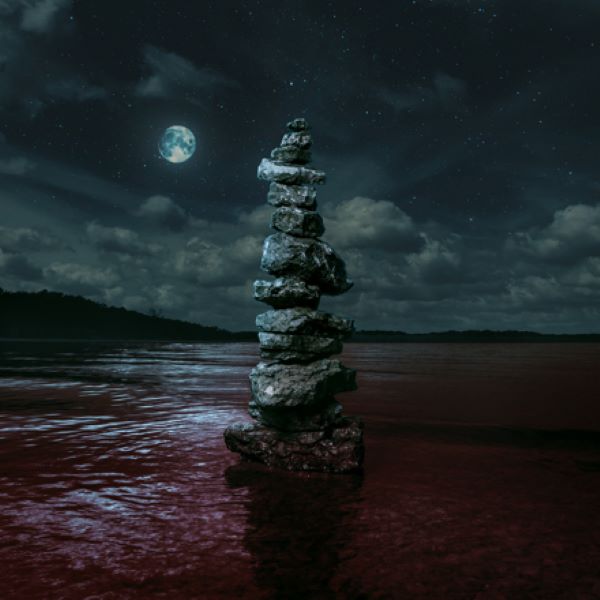 The crowd erupted as the quintet took the stage and went right into “T.O.A.B.”. Lead Vocalist Lajon Witherspoon was all smiles as he looked out into the crowd and greeted them.  “After all these years, these songs still have a lot of meaning to me” he mused after a few of the songs.  There were a few times that he got a little teary eyed, considering the song “Praise” is about the death of his brother, and “Angel’s Son” about the death of beloved friend of the band Lynn Strait.

For over an hour the band took the audience on an epic journey through the album. Witherspoon had fun interacting with the crowd, often leaning off the stage towards them. If there hadn’t been such a large gap between the stage and the crowd, I speculate he’d be right out there with them singing.

Bassist Vince Hornsby seldom stood still, exploring all parts of the stage and singing along to the songs. I suspect Drummer Morgan Rose must have gone through at least three pairs of drum sticks as he held nothing back and didn’t miss a single beat during the set.  Guitarists John Connolly and Clint Lowery fed off the energy the crowd was giving (they made the metal barricade shake) and gave it right back.  Witherspoon would ask the crowd to throw their hands up and make some noise to which they happily obliged. To end the evening on an even higher note, the band played a few fan favorites, “Bitch” and “Face to Face.”

Their performance was everything a metal show should be: infectious energy, interaction with the crowd, excellent sound, and amazing talent. The band shows no signs of stopping with tour dates going well into May.

Trista’s a music addict who’s taste in music spans over numerous genres. She enjoys playing her bass guitar, but honestly she’s not very good at it. So she goes to concerts and watches real musicians who are far more talented than her. You’ll find her there in the front row, because, well, she’s short and wouldn’t be able to see the stage very well otherwise, and because she strives to get the perfect photo to capture the experience.
RELATED ARTICLES
blood & stone deluxelive reviewminneapolis
9.0

by Melinda Welsh on December 10, 2021
SEVENDUST BLOOD & STONE DELUXE RISE RECORDS A headlining tour has come to a close. A little over a year after their 13th studio album Blood & Stone’s release, Sevendust has [...]