SPILL NEWS: THE TREWS GEAR UP TO HIT THE ROAD THIS SPRING + SHARE NEW VIDEO FOR SINGLE “ENEMY” 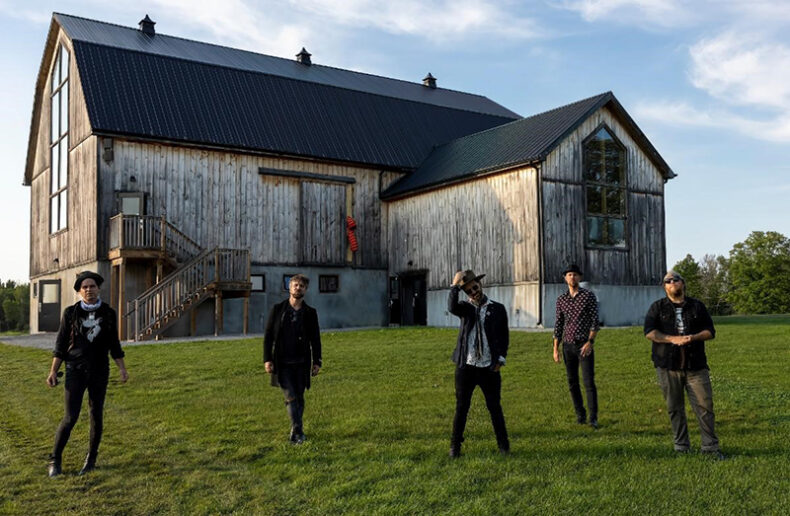 The Trews are getting back to what they do best – hitting the road and playing live. The band have lined up several headlining dates across Canada this spring and summer, alongside support slots in Toronto for Black Crowes, and St. John’s, NL for the unrivaled Stone Temple Pilots. Excited about hitting the road, guitarist John-Angus MacDonald says, “We can’t wait to bring the songs from Wanderer to stages across Canada this spring & summer. The album is full of great live material that we haven’t had a chance to fully air out yet and it all fits in great with the rest of our catalogue. We said it before and we’ll say it again – we wanna play! “ For tickets visit HERE!

Ahead of the tour, the band have shared the brand new video for their latest single “Enemy”.

The single changes things up for the band with lead-guitarist John-Angus writing and singing lead vocals for this one. An interesting story of how this one came to be, John-Angus explains, “My then 5 year old son Elliott had a hand in inspiring this track. Alone time to work on new material when you’re raising two small children is almost non-existent so I find myself playing music with them, or at least with them in the room, often. One day Elliott suggested that I write a song called “I know what it’s like to be the Enemy”. The melody he came up with was more akin to an Iron Maiden song, or some other heavy metal band, then a Trews song. When I asked him why that lyric he said he wanted to hear a song from the perspective of one of the bad guys in a Marvel movie. Anyway, the lyric brought that chord progression and melody out of me almost instantaneously – they seemed married to each other from the very start. A day or two later I penned the verse and kept with that theme of it being from the perspective of the enemy but more the universal enemy, the one within. “

Wanderer is the band’s blazing seventh studio album and is easily their fiercest and most accomplished yet. Wanderer could not have achieved its acrobatic feats of sonic power had it not been for the lamentable, awful, but also weirdly inspiring and motivational global pandemic, which made touring impossible and writing and recording the only games in town.

Who could have predicted that electrifying recording sessions begun in Nashville in December 2019 with Rich Robinson would be curtailed by a global pandemic, resulting in just three songs being completed? With the borders closed – it led to the guys staying within Canada to once again work with Civilianaires producer Derek Hoffman, yielding three more songs with the fast-rising producer. With the Robinson/Hoffman sessions banked, six additional songs — including the lead single “I Wanna Play” were recorded in Toronto in 2020 with acclaimed producer Eric Ratz.

SPILL NEWS strives to keep our readers up to date with news and events in the music industry. We keep you informed of the most recent information regarding new releases, tour dates, and information items about your favourite artists.
RELATED ARTICLES
cadence music groupenemynews

by SPILL NEW MUSIC on April 16, 2021
THE TREWS SHARE BRAND NEW PANDEMIC ANTHEM “I WANNA PLAY” CADENCE MUSIC GROUP It’s been over a year since the world came to a halt, and although things aren’t quite safe yet, there is light at the end of the tunnel. Today, [...]

by Ljubinko Zivkovic on April 6, 2018
Megan Bonnell Separate Rooms Cadence Music Group Three albums into her musical career and Megan Bonnell is ready to become a name that is recognizable beyond Canadian borders. While her previous two albums, Hunts and Chase and Magnolia, have [...]