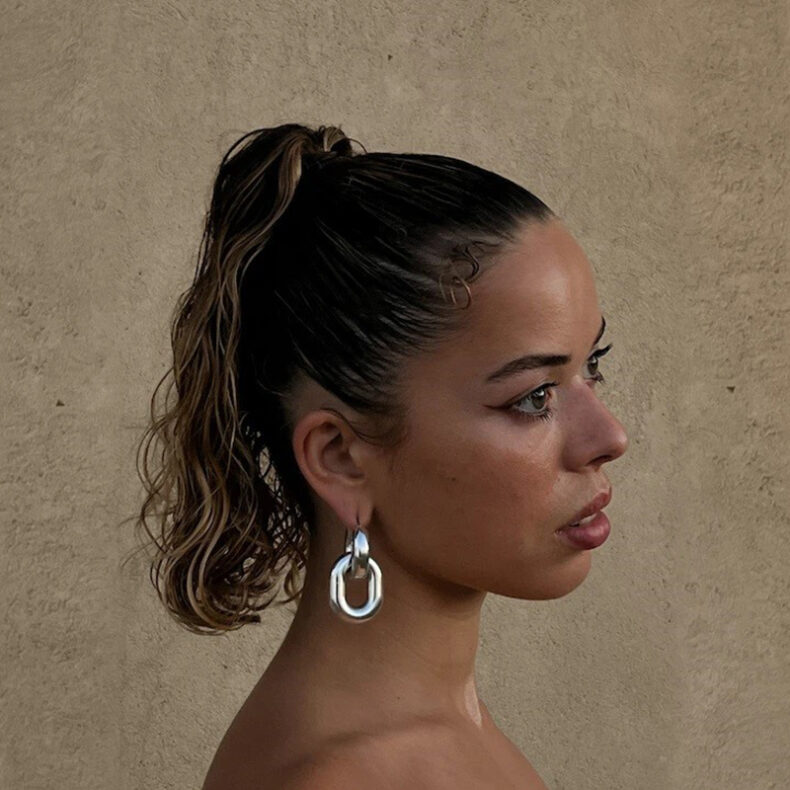 London artist Nilüfer Yanya shares her cover of PJ Harvey’s “Rid of Me”. The new cover marks Nilüfer Yanya’s first offering since the release of her celebrated sophomore album PAINLESS, which was released earlier this year via ATO Records. PAINLESS was widely acclaimed upon its release and features the stand-out tracks “anotherlife,” “stabilise” and “midnight sun,” the latter of which Nilüfer performed on The Tonight Show Starring Jimmy Fallon.

Speaking about the cover, Nilüfer says, “‘Rid of Me’ haunted me for many years after I first heard it, but in a comforting kind of way, like I knew it was always there for me. It comes across defiant, alien and twisted, but it is a perfect song. I actually think it’s very romantic despite what some of the lyrics get at.”

With PAINLESS, Yanya runs head first into the depths of emotional vulnerability. The album was recorded between a basement studio in Stoke Newington and Riverfish Music in Penzance with collaborator and producer Wilma Archer, DEEK Recordings founder Bullion, Big Thief producer Andrew Sarlo, and musician Jazzi Bobbi. PAINLESS follows her renowned 2019 debut album Miss Universe and her 2021 EP Feeling Lucky?, which further explored Yanya’s fascination with ‘90s alt-rock melodies and drew on themes of resentment, her fear of flying, and the concept of luck.

After performing at Desert Daze in California on October 1st, Nilüfer will be supporting Roxy Music for three dates on their UK arena tour. Nilüfer’s European tour kicks off on October 19th and includes stops in Turkey, Hungary, and the Czech Republic, along with dates in Italy and Spain where Nilüfer will be supported by Parisian-born, London-based performer Léa Sen. You can find full tour routing below.

Listen to “Rid of Me” and see upcoming live dates below and stay tuned for more from Niliüfer Yanya.

SPILL NEWS strives to keep our readers up to date with news and events in the music industry. We keep you informed of the most recent information regarding new releases, tour dates, and information items about your favourite artists.
RELATED ARTICLES
ato recordscadence music groupnews
9.0