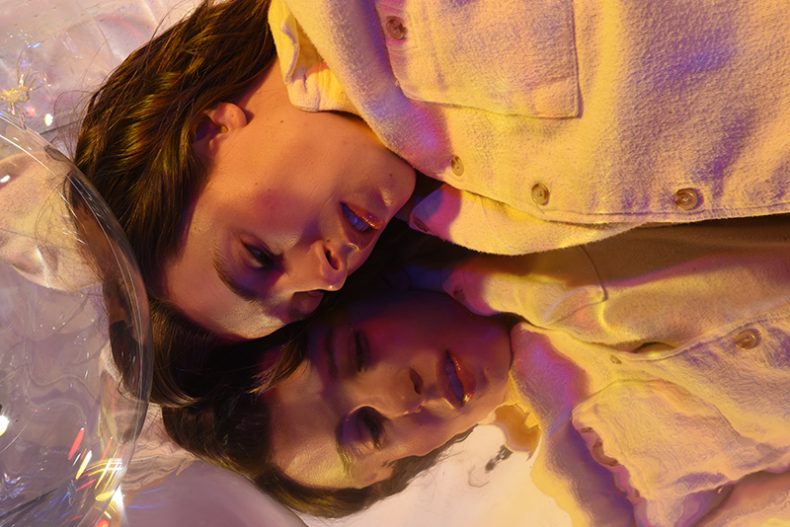 Rising alt-rock band Slothrust has today announced the first leg of dates for their 2022 headline tour. West coast fans can catch the band live starting on March 17th in San Diego, with stops in Los Angeles, Sacramento, Portland, and more.

Starting next week, Slothrust will be on tour with Manchester Orchestra and Foxing. A full list of upcoming shows can be found below. Tickets are available now at www.slothrust.com.

Additionally, Slothrust has shared their new music video “Waiting,” from the band’s new album Parallel Timeline. Parallel Timeline is out now on Dangerbird Records and features previous singles “The Next Curse” and “Once More For The Ocean.” To purchase, please visit: https://ffm.to/paralleltimeline.

With Parallel Timeline, bandleader Leah Wellbaum explores the feeling of being trapped inside her own consciousness while simultaneously searching for a meaningful connection to the universe, and all the mysteries it contains.

During the writing process, Wellbaum sought to connect with her inner child – a voice that allows ideas to flow freely and without censorship. Ultimately, it allowed her to find poetic catharsis. The album’s artwork and visuals reflect that ethos as well. For her, inverted colored rainbows and orbs became a gateway to exploring the illusory things we see and experience in everyday life. The iconography of this record explores the space where science and the whimsical intersect, and where the unfamiliar becomes hardly recognizable. She is a strong believer that nothing is quite as it seems, and that a greater reality exists beyond what the human eye can see.

In advance of recording their fifth studio album, Wellbaum sought to dramatically expand the band’s sonic palette. Slothrust put an emphasis on incorporating new production techniques and processes into the band’s established sound, resulting in an extraordinary amount of experimental demo recordings, many elements of which appear on the final record. They leaned into risk-taking — a freedom that comes with having been in a band together for more than 10 years, cultivating new sonic realms for each track.

Educated musicians all with backgrounds in classical, jazz and blues, the band’s newest work once again sees Slothrust leaning into improvisation — something that in the past has lent itself to the infectious energy of their live shows. Parallel Timeline, mixed and co-produced by industry legend Billy Bush and mastered by Heba Kadry is a masterclass in balancing tenderness with the fierce guitar work Wellbaum has become known for. With a distinct yet unified sound that blends progressive rock, acoustic and pop, Slothrust has never been more confident.

SPILL NEWS strives to keep our readers up to date with news and events in the music industry. We keep you informed of the most recent information regarding new releases, tour dates, and information items about your favourite artists.
RELATED ARTICLES
dangerbird recordsnewsparallel timeline