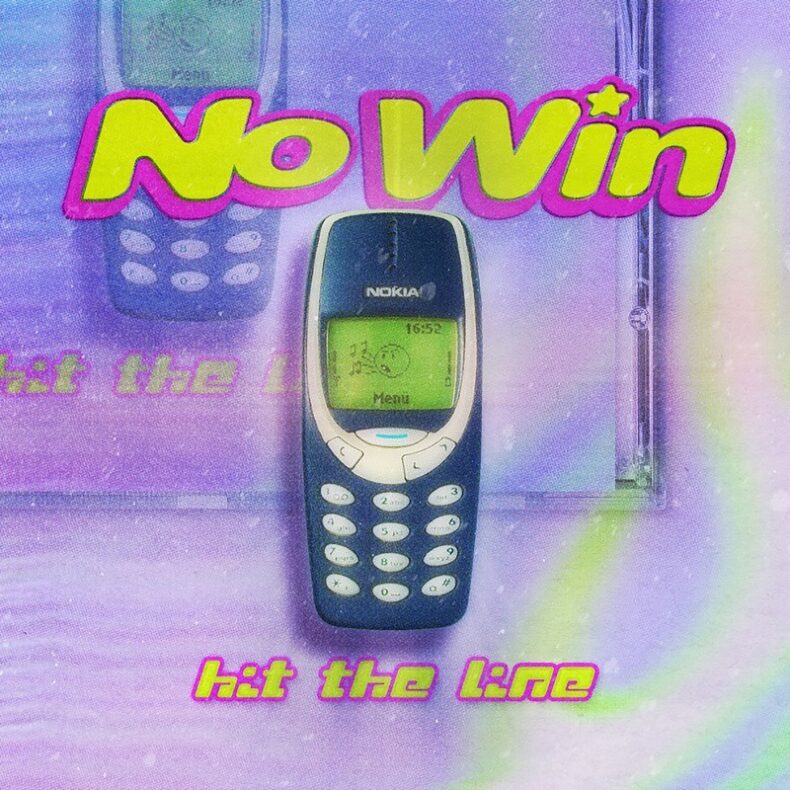 Ahead of the release of their forthcoming LP, Dodger Stadium (out August 19 via Dangerbird Records), Los Angeles indie-rock supergroup No Win share a brand new single entitled “Hit The Line.” The band’s newest track is a rocking dance anthem with ultra-catchy lyrics, and it comes with a totally retro karaoke-style music video, which perfectly captures its infectious, party-like feel.

Said Danny Nogueiras on their newest single: “‘Hit The Line’ was written by me and two friends (Jeff Enzor, David Jerkovich). We all brought our own meanings and interpretations to the table but I think the song is ultimately about being that unreliable person hurting someone you love. We tried to juxtapose that feeling against a fun dance-y track that felt like a party.”

No Win’s 2019 debut, downey, found Nogueiras fully embracing his rocker background. With its energetic arrangements and hooky songwriting, the record presented 29 minutes of leather clad, sweaty energy. Dodger Stadium builds on that formula, but fleshes it out with increased complexity. “Grow Out Of It” pairs an Oasis-y melody with a sauntering hip hop rhythm. On “New Year,” a trebly riff rests atop a whiskey-soaked instrumental. “Time Killer” is lively, and captures a slice of the SoCal sound that is so crucial to the project’s roots. “I was listening to a lot of Hüsker Dü and I kind of wanted to get into this, like, heavier version of poppy rock stuff, but with darker sounds,” Nogueiras says. Alongside that, he was drawing inspiration from some goofier music, like Sugar Ray and Third Eye Blind. You can sense that dichotomy on Dodger Stadium. These latest tracks certainly pack a punch, but they always remain lighthearted, approachable, and fun.

No Win’s latest LP, Dodger Stadium, is out August 19 via Dangerbird Records.