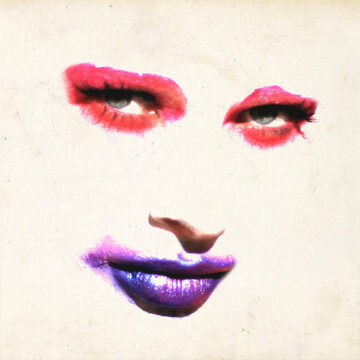 Despite releasing a string of stellar singles throughout 2019 to 2020, Niagara, ON’s very own Alexisonfire have now made a proper return that is nothing short of triumphant with their latest album, Otherness. Following a rollout of three singles, Otherness is the first full-length studio release in 13 years and sees the post-hardcore veterans at full force over the course of 10 songs.

Opening with the rhythmic and blistering fury of “Committed To The Con”, Otherness kicks off on on an explosive note with a suspenseful buildup. Intro and verse aside, however, the song’s chorus is simply incredible, with Dallas Green belting at the top of his vocal range overtop George Pettit’s and Wade MacNeil’s throat wrenching screams. It’s worth noting that the guitar tones across the record are carefully curated to demonstrate a distinct sound. This is especially apparent on both “Committed To The Con” and the following track, “Sweet Dreams Of Otherness”, the latter of which sees the band expertly play with soft and heavy dynamics as they introduce a strong alternative rock influence into their signature sound. This is best heard between the contrast of the verse and – yet another masterfully written – chorus.

As Otherness continues forward, it sees Alexisonfire continue to dig deeper into their latest evolution of their sound, one which almost bridges the gap between their classic material and Green’s solo project, City And Colour through a synthesis of alternative rock textures and their use of melody and densely layered vocal harmonies set against waves of crushing distortion and hardcore nostalgia. This is perhaps best developed on “Blue Spade” and “Dark Night Of The Soul”, a pair of tracks that sound as if they were meant to be an 11-min epic of highs and lows, led by fuzz-laden riffs, ambient verses, and massive choruses, accented by a ripping solo, and an overall growing sense of climax among chaos. Additional highlights include the absolute sledgehammer to the side of the head that is “Survivor’s Guilt” and the concluding track, “World Stops Turning”, which brings the album to a close with an extended solo jam that is bound to be an exciting part of their live show.

All in all, Otherness is a refined album that falls somewhere in between post-hardcore and alternative rock, demonstrating a matured take on songwriting and performance from Alexisonfire. 20 years into the game, and over a decade since the release of Old Crows/Young Cardinals, Otherness is a sonic evolution that will leave fans excited for what is the come next and the subsequent tour. While upon first listen, Alexisonfire did not immediately grab me with their latest record, Otherness has been on steady repeat, shining brighter with each play for its subtle brilliance and power; ultimately, Otherness is not only among Alexisonfire’s strongest releases, it very well could stand among the best records of 2022.

A passion for music has always been a part of Gerrod’s life. As a young boy, he was raised on a steady diet of the music from The Chili Peppers, Aerosmith, The Stones, Prince, and others from his mum. Raised in the GTA, Gerrod continued to foster his love for music by attending a wide range of concerts and learning the drums. His unapologetic passion for music has no bounds and has spread to a wide variety of styles, whether it be the 90’s rock that sound tracked his teenage years, the jazz he studied in university, or his newfound love for hip-hop. He recently received his bachelors in music and education from York University and is passionate about writing and reviewing good (and less than good) music. Gerrod is also the drummer and songwriter for a Toronto based rock & roll band, One In The Chamber.
RELATED ARTICLES
album reviewalbum reviewsalexisonfire
9.0