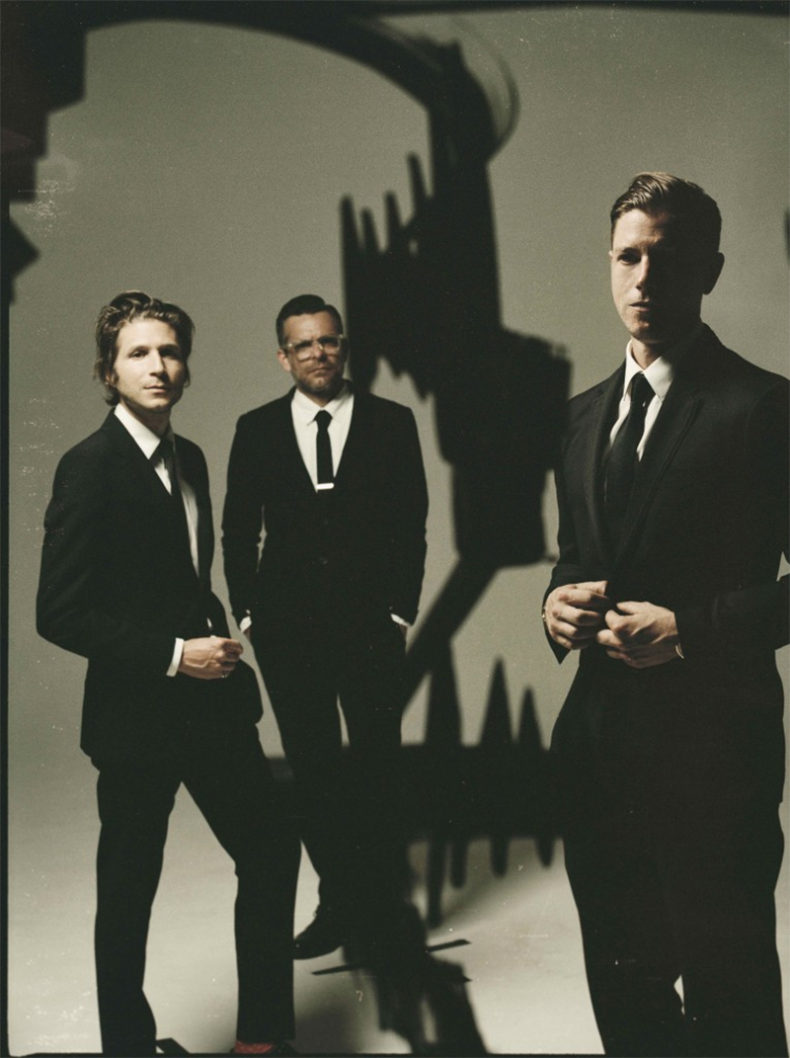 Interpol will celebrate the 15th Anniversary of their debut album Turn On The Bright Lights by playing the record in its entirety during a run of European headline and festival dates this summer.  Tickets for the shows (listed below) will go on sale this Friday, January 27th.

Interpol began in New York in 1997, when guitarist Daniel Kessler recruited bassist Carlos Dengler and singer/guitarist Paul Banks to form a band.  In 2002, with Sam Fogarino on drums, the band signed to Matador Records and released Turn On The Bright Lights, which made it to tenth position on NME’s list of 2002’s top releases while Pitchfork named it the year’s #1 album.

Over the next decade and a half, Interpol would go on to wide critical and commercial acclaim, with four subsequent high-charting records on the Billboard 200; earning rave reviews across the map from Rolling Stone to TIME; performing on late night television shows including Late Show with David Letterman and Conan and playing major festivals like Coachella, Lollapalooza, and Primavera. Turn On The Bright Lights has sold over a million albums to date, and continues to be a complex, melodic, unforgettable debut release.

The band (Banks, Kessler & Fogarino) is currently working on new material in their native New York, for their sixth album due for release through Matador Records, worldwide, in 2018. 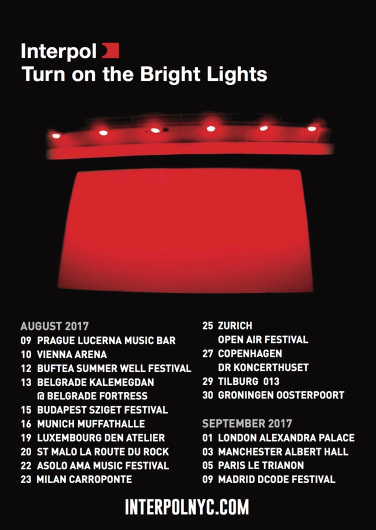 More dates to follow. Exclusive fan pre-sale for headline shows goes live at 9am GMT on Wednesday at interpolnyc.com

by Br. on June 5, 2020
Muzz Muzz Matador Records There is something, a feeling or perhaps even a perception, that goes beyond most reviewers’ abilities to explain adequately when an album resonates deeply, emotionally, with [...]
7.0

by Aaron Badgley on August 24, 2018
Interpol Marauder Matador Records Interpol formed in 1997 and released their first studio album in 2002 (Turn On The Bright Lights). Since then there have been member changes and four more [...]