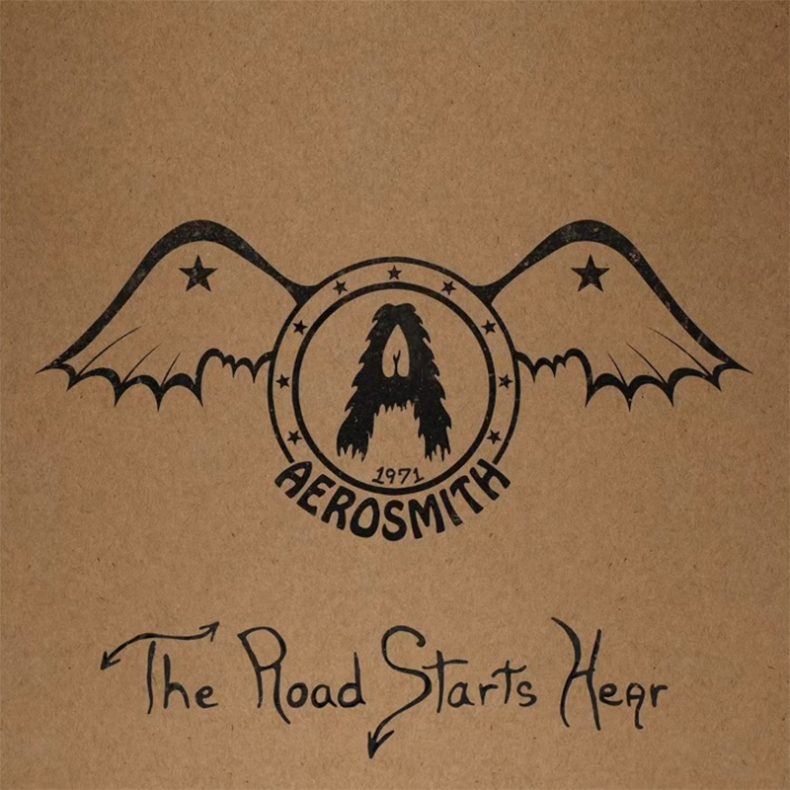 Recently discovered in the Aerosmith vaults, the original tape had not been touched in decades. This historic recording features seven extraordinary tracks showcasing the early, unbridled talent of the future Hall of Fame members including a nascent version of “Dream On,” which they would later record and release on their 1973 eponymous major label debut. Aerosmith is one of the few bands to chart with the same song 5 decades later, the song was a hit in 1973 reaching No. 59 on Billboard’s Hot 100 and re-entered the charts in 2020 at No. 4 on the Hard Rock Streaming Songs chart.

The Road Starts Hear, produced by Steven Tyler, Joe Perry and Steve Berkowitz, available on both vinyl and as a limited edition cassette for Record Store Day, features previously unseen archived photos, images of the original tape box, and liner notes written by Rolling Stone’s David Fricke with new interviews and comments from the band about this long forgotten recording. As an early treat for fans, the raw adrenaline of the 1971 rehearsal recording of “Movin’ Out” is available exclusively on Aerosmith’s official YouTube channel, HERE.

The landmark early recording was made with Joe Perry’s Wollensak reel-to-reel tape machine in 1971 by Mark Lehman who owned the infamous van and became Aerosmith’s one man road crew, either in the band’s Boston rehearsal room in front of a few select friends, or at a rehearsal the band did during a soundcheck for an early show. All that is certain is that the tape captures a young, hungry rock band one year before being discovered and signing with Columbia Records and two years before their self-titled major label debut was released that helped catapult the band to one of the biggest rock acts of all time.

The Road Starts Hear features early recordings of gems such as  “Somebody,” “Movin’ Out,” “Walkin’ The Dog,” “Mama Kin,” and an early version of Aerosmith’s classic ballad “Dream On,” all of which would later be recorded for their landmark debut. Other tracks include “Reefer Head Woman,” which would later be recorded for their 1979 album Night In The Ruts, and the track “Major Barbara,” a song that would be featured on their 1986 release Classics Live.

Celebrating their 50th anniversary, Rock & Roll Hall of Fame members Aerosmith have sold more than 150 million albums around the world, produced genre-defining music videos such as “Amazing,” “Crazy,” “Janie’s Got A Gun,” “Livin’ on the Edge,” and “Love in an Elevator,” and launched extravagant record- shattering global tours, most recently with their smash hit Las Vegas residency. The band has broken numerous boundaries, including becoming the first rock band with a massive commercially successful hip-hop collaboration with Run DMC on “Walk This Way” and the first hard rock band to appear during a Super Bowl Halftime Show with their 2001 performance, and in 1999, Aerosmith became the first band to have their own themed attraction at Disney World in Florida, and later Paris with the launch of the Rock ‘N’ Roller coaster starring Aerosmith.

SPILL NEWS strives to keep our readers up to date with news and events in the music industry. We keep you informed of the most recent information regarding new releases, tour dates, and information items about your favourite artists.
RELATED ARTICLES
aerosmithjoe perrynews

by Gerrod Harris on January 19, 2018
Joe Perry Sweetzerland Manifesto Roman Records A true legend of the 1970s best known for his work as the lead guitarist from arguably the best hard-rock band of the era, [...]