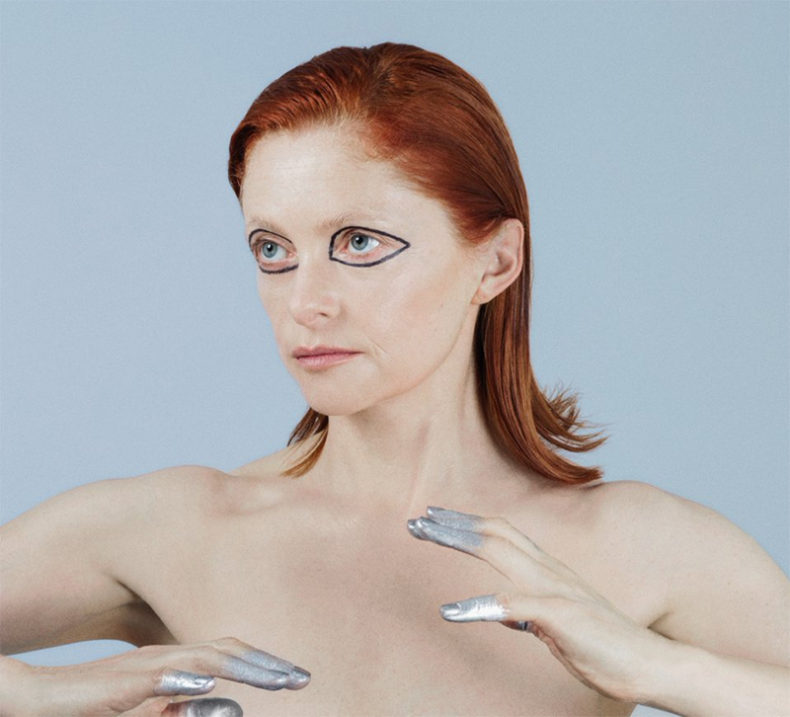 The band, consisting of Alison Goldfrapp and Will Gregory, also reveal their new single “Anymore.” Featuring strident strands of underground electronica, sensual melody and metal machine pop at its core, the new track is an assertive return from the uncompromising duo.

Goldfrapp follow up 2013’s album Tales of Us with the deep, dark and electronic musical palette of Silver Eye, their brand new studio album, made with an eclectic collection of new collaborators. Alison and Will spent 10 days in Dallas with John Congleton, Grammy-winning producer of St. Vincent, John Grant and Wild Beasts. In London they teamed up with electronic composer Bobby Krlic, aka The Haxan Cloak. Brian Eno collaborator Leo Abrahams added abstract guitar textures, and the album was mixed by David Wrench (The xx, fka Twigs, Caribou).

On the making the album, Alison Goldfrapp says:

“We’ve never liked repeating ourselves. Often we react to things we’ve just done. We like the spontaneity of not knowing. It’s only through the process that we start to figure out what it is. The fans who have stuck with us are the ones who embrace that idea and are excited by the thought that they don’t know quite what to expect next.”

“I think writing an album is like being lost in a wood. You’re trying to figure out an interesting path. You don’t know whether it’s going to be a dead end or somewhere interesting and you never know when to stop because around the corner some beautiful vista might open up.”

Alison headed to Fuerteventura, a volcanic island in the Canary Islands, to produce the remarkable visuals for the record, all of which were devised and shot by her. The black sands, stark cliffs, rolling dunes and blazing blue skies, captured in her own photographs, are a total complement to the elemental drama of the music on the album. Working with stunning twins who she spotted on the street in London, Alison created and shot a set of visuals that are as arresting as they are idiosyncratic. In demand more and more as a photographer, Alison has been commissioned for other projects in the past including shooting Laura Mvula live at Somerset House in London.

Goldfrapp will be performing a very special show at London’s Roundhouse on March 27th where they will showcase new music from Silver Eye. Tickets go on sale this Friday with a special fan pre-sale from Wednesday March 25th.  Fans should sign up to the mailing list at www.goldfrapp.com to get early access to the tickets.