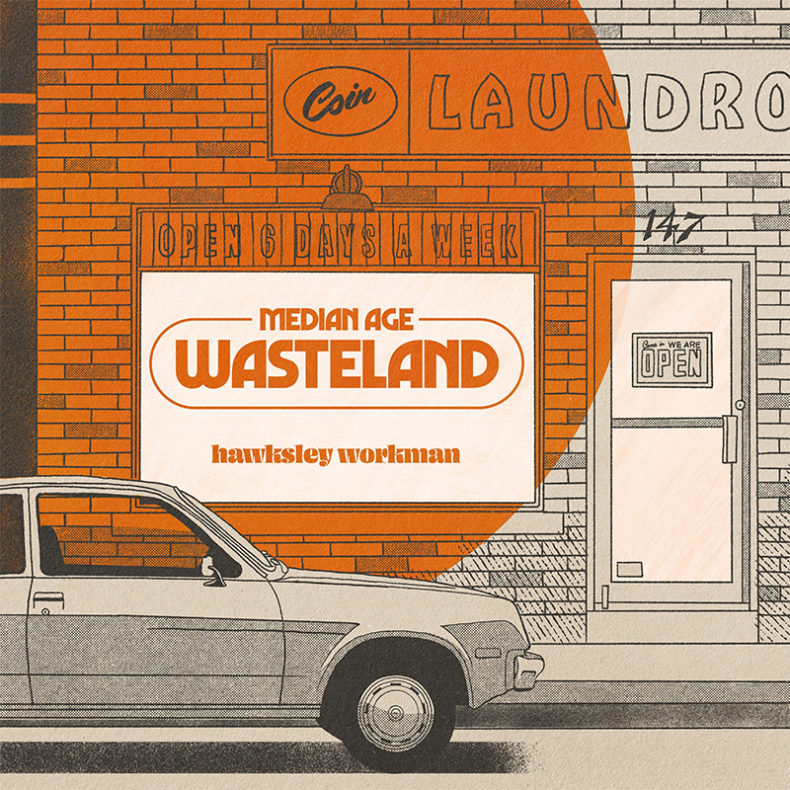 WATCH THE TRIPPY TEASER TRAILER BELOW

Produced by The Dears frontman, Murray Lightburn, Median Age Wasteland will be released worldwide on March 1, 2019 and is available to pre-order today HERE.

Says Workman of the track, “’Stoners Never Dream’ is a song about childhood insecurities turning into adult ones. The title is a play on compelling anecdotal evidence that suggests regular use of cannabis can prevent dreaming or impair our ability to remember dreams.

The lyric ‘…like everybody else in here, you were trained to hate your body…’ reflects society’s tendency to quell our anxieties with self-prescribed drugs and alcohol.”

Workman will chat about his new album and perform on CBC’s q on Friday, March 1. More tour dates have been announced and include a special appearance with the Calgary Philharmonic Orchestra on April 13. See below for all upcoming tour dates.

A video for Hawksley’s second single “Lazy” directed by [rararacquiao] can be viewed HERE.

The first single from the upcoming album, “Battlefords” rocketed to #8 on CBC Music Top 20 and is available HERE.

Hawksley wrote and recorded his latest LP following a recent move from the Huntsville countryside to Montreal. This time around, collaborating closely with producer and Dears creative genius Murray Lightburn in studios throughout his new home of Montreal, there’s no lipstick, literal or figurative – just the purity of loving, loathing, and living. With Median Age Wasteland he’s leading listeners through the figurative looking glass for as clear an image of his true self as we’ve ever been allowed.

“I’ve always had this constant hunger to innovate, reevaluate what I do, and keep remaking it to confuse myself and maybe confuse my audience,” Workman admits. “This time, I’m just committing to writing focused and honest songs, which feels like the most interesting thing I can do right now.”

SPILL NEWS strives to keep our readers up to date with news and events in the music industry. We keep you informed of the most recent information regarding new releases, tour dates, and information items about your favourite artists.
RELATED ARTICLES
almost a full moonbattlefordshawksley workman
8.0

by SPILL NEW MUSIC on January 14, 2019
HAWKSLEY WORKMAN – “LAZY” MEDIAN AGE WASTELAND FULL-LENGTH DUE MARCH 1st Hawksley Workman: “I’ve always had this constant hunger to innovate, reevaluate what I do, and [...]