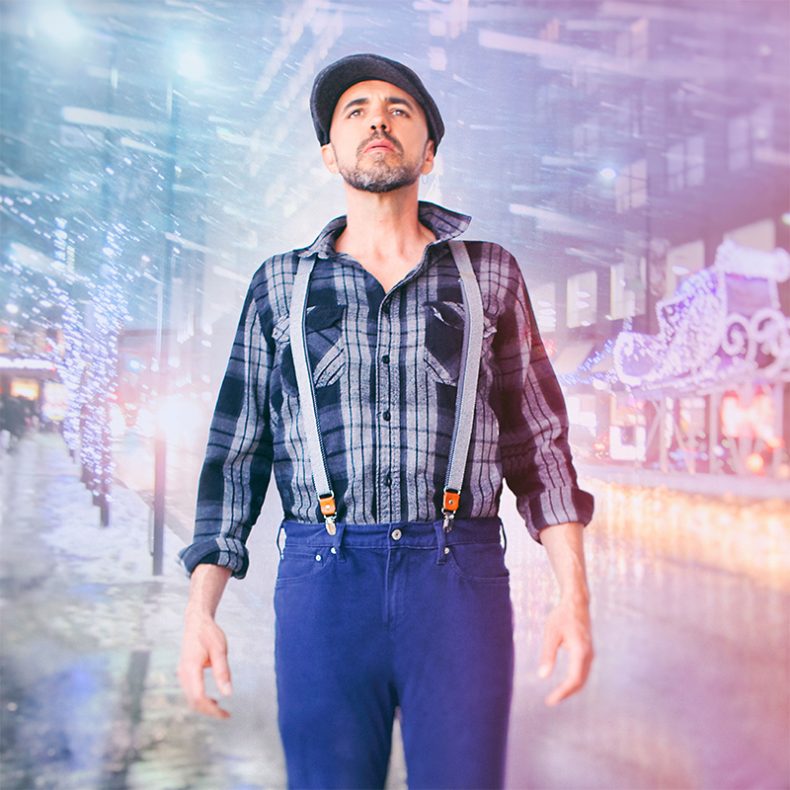 Award-winning singer-songwriter and multi-instrumentalist Hawksley Workman has announced a special performance at Danforth Music Hall on December 14 to commemorate the 20th anniversary of his beloved Christmas record, Almost a Full Moon. The show also features special guest Ivan Decker, a stand-up comedian celebrated for his sharp and multi-layered observational comedy. Tickets will be available starting today at 10:00am ET at LiveNation.com and Ticketmaster.ca.

Workman will perform songs curated from the popular record, interlaced with whimsical storytelling as well as other fan favourites spanning his incredible musical career. Featuring songs about family, food and community that have become an essential part of Christmas traditions for many music lovers, the show promises to invoke the magic of collective experience that only a live concert can bring.

Penned in Paris, France in October 2001 while feeling especially homesick and fasting for a series of photoshoots, Almost a Full Moon features Workman’s nostalgic and insightful observations on the traditions surrounding the holidays.

“Paris being a city of world class cuisine and bakery on every corner, it was a hard place to be if your goal was to avoid eating,” remembers Workman. “I rented a piano, and had it put in my apartment in the Bastille area of Paris.  Through the growls of hunger pain, I set out to write a record celebrating Christmas, but specifically Christmas through my Grandma’s eyes; the singing, tradition, food and family parts that had become so elemental and special to me. The album seeks to celebrate the innocence and wonder of the simpler parts of the season.”

In 2016, Hawksley released a beautifully illustrated children’s book by renowned publisher Penguin Random House to celebrate the 15th anniversary of his classic Christmas LP. Based on the lyrics of a song from the album of the same name, Almost a Full Moon is a warm-hearted tale of family, community, food and home and is illustrated by Jensine Eckwall, who brings beauty and a hint of magic to Workman’s evocative lyrics. The book is published by Tundra Books (a division of Random House Canada) and is available HERE.

Workman is currently working on a stage musical with award-winning Canadian playwright, screenwriter and actress Charlotte Corbeil-Coleman set to premiere in late 2022. Commissioned by theatrical powerhouse the Citadel, Almost a Full Moon is a play inspired by the beloved Christmas album and incorporates Workman’s songs in three storylines that chase in and out of different ages of Christmas, love, and family, winding together for a timeless story.

SPILL NEWS strives to keep our readers up to date with news and events in the music industry. We keep you informed of the most recent information regarding new releases, tour dates, and information items about your favourite artists.
RELATED ARTICLES
almost a full moonhawksley workmannews
8.0

by SPILL NEW MUSIC on January 14, 2019
HAWKSLEY WORKMAN – “LAZY” MEDIAN AGE WASTELAND FULL-LENGTH DUE MARCH 1st Hawksley Workman: “I’ve always had this constant hunger to innovate, reevaluate what I do, and [...]