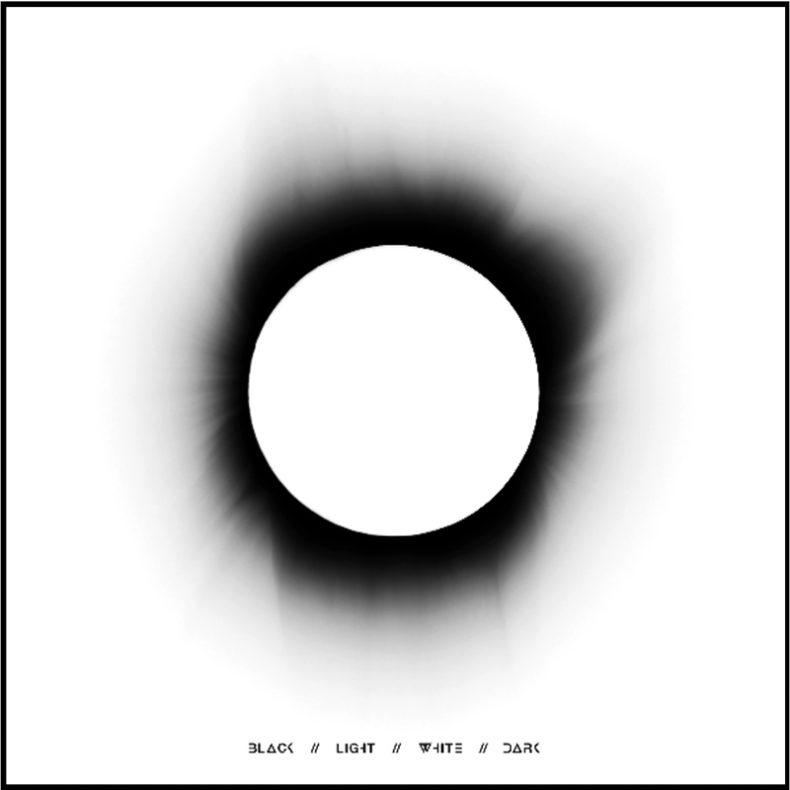 Friday brings the release of Evi Vine’s new album ‘Black Light White Dark’, following up the first two singles ‘Sabbath’ featuring The Cure’s Simon Gallup on bass and Peter Yates of Fields of the Nephilim on guitar and the eternally touching ‘My Only Son’, an ode to a friend who took his own life. Taken collectively, the tracks on these release demonstrate a maturity, depth and level intrigue so rarely seen on today’s music scene, perhaps comparable to output from This Mortal Coil, Marissa Nadler, Julianna Barwick, Cocteau Twins, and Simon Raymonde’s own pet project Snowbird.

“The new album is intense – dark, layered, wonderfully atmospheric, fragile, and at times stripped bare – an album to get lost in….and then surface with Evi’s haunting and delicate vocals and the endless space. For me they are an intriguing band – whether recording from rehearsed songs or jams – there is something totally unique about them. I’m always amazed that four musicians can deliver such a large, dense and involved audio landscape while making it feel effortless…the musicians disappear and you are left in another world. Dave Lynch did a beautiful production job. This album is special,” explains engineer Phill Brown.

As a group, Evi Vine is joined by Steven Hill, Matt Tye and David ‘GB’ Smith. Their music explores the dark elemental nature of the human heart, as well as environmental and post-apocalyptic themes. Sublime and haunting, they create a unique and uncompromising atmosphere with gossamer vocals and precise orchestration. Reverential, physical music, it evokes a rare experience that is beautiful, sparse and deeply intimate.

“Behind the anger and frustrations of political agendas in the world , the destruction of the earth the pain we cause each other and of the lifeforms that all the earth. We’re into our journey with music with a new band and we’ve become a tight knit family, band of brothers, sharing music and tales of childhood we have a different but collective story. Experiences drawing of all corners of the music that we have immersed ourselves in over the years, we only met Matt (bass) and ‘GB’ (drums) 2 years ago but quickly realised we had been at the same gigs, the same festivals and the same clubs through the years so we have a musical vocabulary that goes beyond the ordinary, I actually used to walk past GB’s house on the way to work for about 10 years! So we all grew up with grunge, metal, electronic, dance music, trip hop, rave, techno, folk…it’s all in there feeding through us when we play,” says Evi Vine. 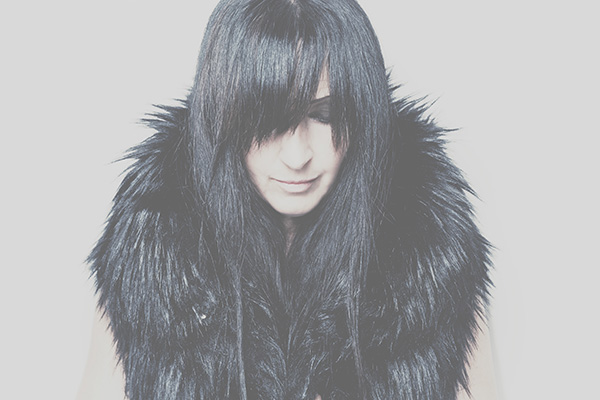 “Phill Brown has become a dear friend and confidant after helping us with our 2nd album, he recommended we check out ‘EchoZoo’ studios in Eastbourne. After visiting the studio and meeting Dave Izumi surrounded by what seemed like unlimited tape machines littered around, hundreds of amps and 73 weird looking synths we knew it was going to be perfect. We love the band Swans, and to even get into the studio we had to wheel away huge Bell Chimes which wouldn’t of looked out of place being played by Thor!! It’s full of vintage gear and the 1970 Trident Desk that had been used for a Bowie and a Thin Lizzy record which kinda says enough. We wanted authentic sounding instruments. We wont give Phill Browns age away, but he walked into the control room and said “ah Ive worked on this desk in the 80’s!’.

Evi Vine’s debut self-released debut album ‘..And So The Morning Comes’ was heralded as “the underground gem of 2011” by Drowned in Sound, and championed by Simon Raymonde (Bella Union, Cocteau Twins) as his album of the year. Directed by Oscar winning Nick Brooks (Fight Club, The Matrix, The Girl with the Dragon Tattoo), Evi joined with internationally acclaimed photographer Patrick Fraser to make the stunning video ‘For the Dreamers’.

Their second LP ‘Give Your Heart to The Hawks’ (2015) was co-produced by Richard Formby (Mogwai, Spacemen 3, Wild Beasts) and mixed by Phill Brown. It featured Martyn Barker, Peter Yates, Tatia Starkey (My Vitriol/Lola Colt) and Billy Cote (Madder Rose).

Evi formed this band while living in LA, quickly getting a support show opening for Slash at the Whiskey-agogo. She has collaborated with Graham Revell (SPK, The Crow Soundtrack), The Eden House, Tony Pettit (Fields of the Nephilim), and Peter Yates (Fields of the Nephilim).  In 2016, Evi sang on Phillip Clemo’s ‘DreamMaps’ album, together with Talk Talk’s Simon Edwards and Martin Ditcham, subsequently making appearances on BBC6, BBC3 Late Junction and Jazz FM.

Evi Vine contributed backing vocals on The Mission’s 2016 album ‘Another Fall From Grace’, which hit the UK top-40 album chart, and collaborated with Michael Ciravolo on the debut album from LA-based Beauty in Chaos, involving members of The Cure, Ministry, The Mission, Cheap Trick, The Offspring, King’s X and Ice T, among others.

In recent years, Evi Vine has toured with The Mission, Chameleons Vox, Wayne Hussey, And Also The Trees, Phillip Boa and The Voodoo Club, and Her Name is Calla. After hearing Evi Vine’s debut album and including it among his top five albums, Wayne Hussey invited them to tour with him in 2016 and subsequently with The Mission in 2017. Invited on stage to sing three songs by The Mission, the seed was sown and Vine joined The Mission as featured vocalist for their 30th Anniversary Tour.

‘Black Light White Dark’ will be released on February 22 and is available on vinyl or CD at http://evivine.com/new-products/limited-edition-signed-white-12-vinyl. A full bundle package is also available at https://evivine.bigcartel.com/product/vinetribe-bundle-pre-order. The first pressing is limited to 300 copies worldwide.

Also check out her two fantastic supporting videos for this album. The video for ‘Sabbath’ feat. Simon Gallup was created by Craig Murray, known for his extensive work with Scottish post-rock pioneers Mogwai. The video for ‘My Only Son’ was directed by Phillip Clemo.