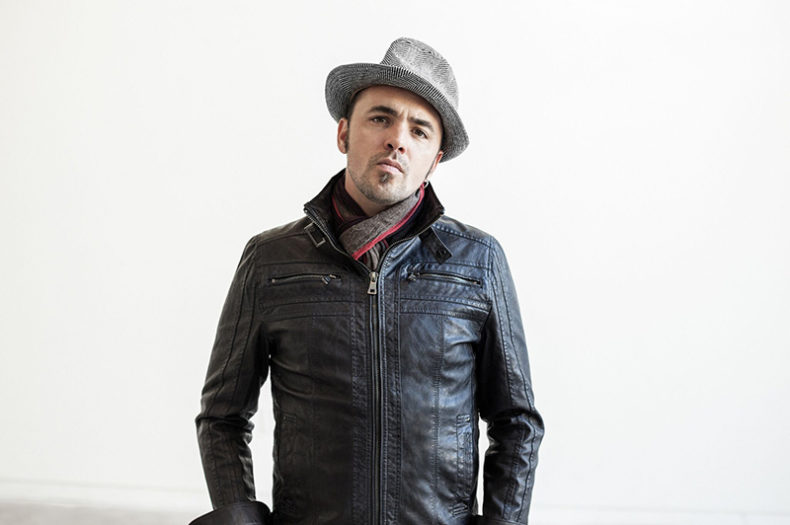 Award-winning singer-songwriter and multi-instrumentalist Hawksley Workman has announced his 16th  studio album titled Median Age Wasteland will be released on March 1, 2019. Produced by The Dears frontman, Murray Lightburn, the first single from the album, “Battlefords” is now #8 on CBC Music Top 20 and available on Apple/iTunes HERE and Spotify HERE. Hawksley teased his second single today HERE. “Lazy” will be released on January 11, 2019.

Hawksley wrote and recorded his latest LP following a recent move from the Huntsville countryside to Montreal.This time around, collaborating closely with producer and Dears creative genius Murray Lightburn in studios throughout his new home of Montreal, there’s no lipstick, literal or figurative – just the purity of loving, loathing, and living. With Median Age Wasteland he’s leading listeners through the figurative looking glass for as clear an image of his true self as we’ve ever been allowed.

“I’ve always had this constant hunger to innovate, reevaluate what I do, and keep remaking it to confuse myself and maybe confuse my audience,” Workman admits. “This time, I’m just committing to writing focused and honest songs, which feels like the most interesting thing I can do right now.”

That’s not to say his previous offerings have lacked honesty; quite the contrary, though it’s been intentionally obscured by imagination and indulgence. On Median Age Wasteland, Hawksley’s hooky yet innovative melodic approach, authentic songwriting, and good old-fashioned, unedited musicianship is on full display.

“This album is beautifully sentimental,” he candidly offers. “I have a unique perspective on the world that comes from the person I think I am and the person I actually am, and I wanted to explore the latter. There’s a lot of looking back at being a kid and more innocent times.”

The modern day troubadour is now back in Canada after a short tour of Australia. Workman will be performing his classic 2001 Christmas LP Almost a Full Moon this month, including 2 of 3 sold-out shows in Toronto (see below).

A beautifully illustrated children’s book based on the lyrics of the album’s title track was released in 2016.

Almost a Full Moon is a warm-hearted tale of family, community, food and home and is illustrated by Jensine Eckwall, who helps brings beauty and a hint of magic to Workman’s evocative lyrics. The album is available to purchase digitally HERE and to stream via Spotify HERE.

More information, artwork, and tour dates will be announced in the new year.

SPILL NEWS strives to keep our readers up to date with news and events in the music industry. We keep you informed of the most recent information regarding new releases, tour dates, and information items about your favourite artists.
RELATED ARTICLES
almost a full moonbattlefordshawksley workman