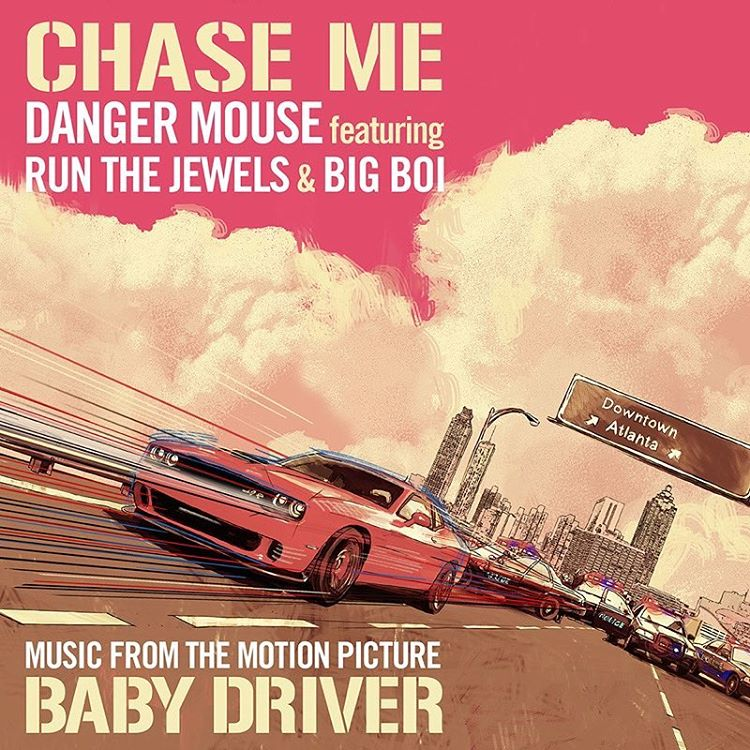 Today, Danger Mouse released the aforementioned original song,  The guest features on the song make for the perfect film tie in, as both Killer Mike of Run the Jewels and Big Boi have small but memorable appearances in Baby Driver. “Chase Me” samples “Bellbottoms” by Jon Spencer Blues Explosion and features additional production from Run The Jewels El-P.

Written and directed by Edgar Wright, Baby Driver tells the story of Baby, a talented, young getaway driver (Ansel Elgort) who relies on the beat of his personal soundtrack to be the best in the game. When he meets the girl of his dreams (Lily James), Baby sees a chance to ditch his criminal life and make a clean getaway. But after being coerced into working for a crime boss (Kevin Spacey), he must face the music when a doomed heist threatens his life, love and freedom.

Music From The Motion Picture Baby Driver will be available digitally and physically on June 23. Full track listing to be announced in late June. Baby Driver opens nationwide in theatres on June 28, 2017. For more information on Baby Driver, fans can visit @BabyDriverMovie across Facebook, Twitter and Instagram.

SPILL NEWS strives to keep our readers up to date with news and events in the music industry. We keep you informed of the most recent information regarding new releases, tour dates, and information items about your favourite artists.
RELATED ARTICLES
danger mousenewsrun the jewels

by Aaron Badgley on April 7, 2017
Various Artists Resistance Radio: The Man In The High Castle Album Sony Music A  compilation album put together by Danger Mouse and Sam Cohen as an imagined [...]