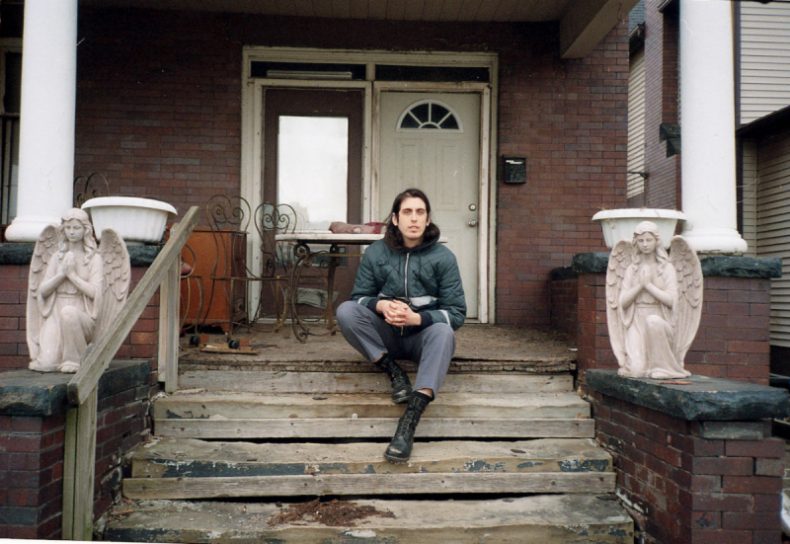 Whitby, Ontario’s Chastity shares a new video from their upcoming album, Home Made Satan. “Flames” is the prequel to visuals for “The Girls I Know Don’t Think So” and “Sun Poisoning,” shot from the perspective of a young boy taking in the world around him. This scene takes place in the midst of a bourgeoisie dinner party where he watches a man’s infidelity unfold.

The new video arrives ahead of their North American Fall tour with DIIV starting October 12th in Phoenix. Home Made Satan, due September 13th via Captured Tracks, is the second installment of a building trilogy, bringing a pop sensibility to the band’s catalog following their acclaimed 2018 debut Death Lust. Recorded over the course of a couple weeks with his full live band in a small studio in London, Ontario, between a European tour with Fucked Up and a seven-week North American tour, Williams crafted an emotional and political concept record meant to capture voices that often go unrepresented. Williams wrote and compiled the album as if he was scoring a film, aiming to match the sounds on the album to the vision in his mind.

Watch “Flames” now and see below for tour dates.

SPILL NEWS strives to keep our readers up to date with news and events in the music industry. We keep you informed of the most recent information regarding new releases, tour dates, and information items about your favourite artists.
RELATED ARTICLES
captured trackschastitydiiv

by SPILL NEW MUSIC on December 19, 2015
DIIV SHARES NEW SINGLE “UNDER THE SUN” Launches International Tour In January Is The Is Are Due February 5th Captured Tracks Records On the heels of recently detailing their forthcoming [...]