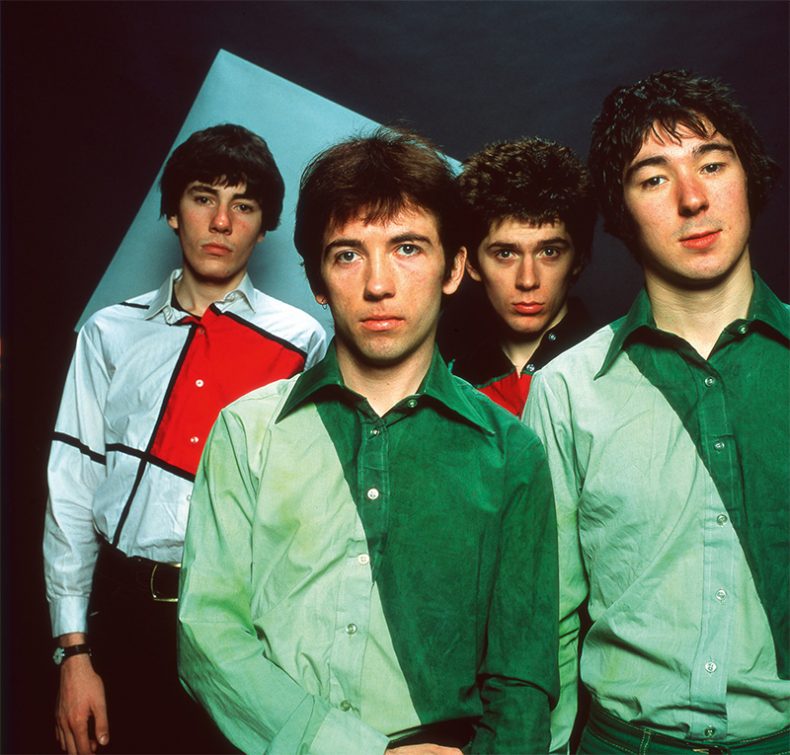 Following last year’s extensive re-release campaign, Domino are pleased to announce details of the release of a Buzzcocks’ 7” boxset containing the 12 singles the band released for United Artists between 1977 and 1980.

Remastered from the original tapes and in the original Malcolm Garrett designed sleeves, the boxset, released on Friday, January 15, 2021, also contains a 36-page booklet written by acclaimed author and punk chronicler Clinton Heylin.

A thrilling run of singles, primarily written by Pete Shelley & Steve Diggle, which showcased their effortless ability to write three-minute-mini-masterpieces that would endure long after the initial spark of punk had faded, many of these tracks were compiled and released on the album Singles Going Steady, a record which came out in the US in September 1979 and quickly transcended its status as a mere compilation going on to become regarded as a seminal and era–defining release.

7” Singles Included In The Boxset

Orgasm Addict / Whatever Happened Too…?
What Do I Get / Oh Shit
I Don’t Mind / Autonomy
Love You More / Noise Annoys
Ever Fallen In Love With Someone (You Shouldn’t’ve) / Just Lust
Promises / Lipstick
Everybody’s Happy Nowadays / Why Can’t I Touch It?
Harmony IN My Head / Something’s Gone Wrong Again
You Say You Don’t Love Me / Raison D’etre
Part 1 – Are Everything / Why She’s A Girl From The Chainstore
Part 2 – Strange Thing / Airwaves Dream
Part 3 – Running Free / What Do You Know 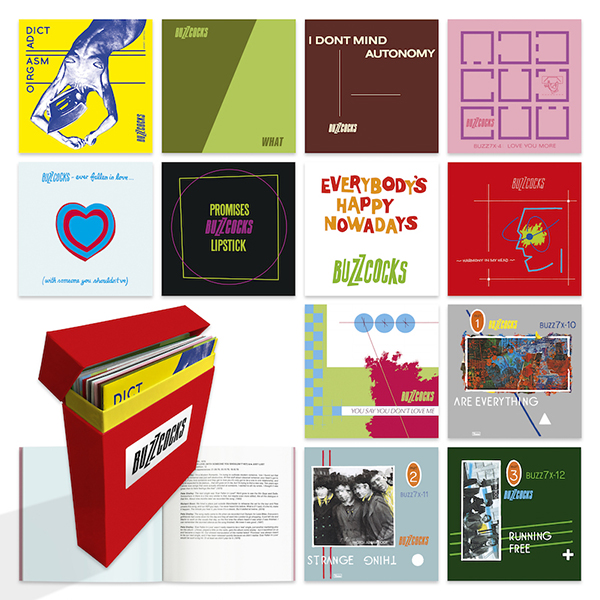 PRE-ORDER THE BOXSET VIA DOMINO RECORDS

Famously taking their name from ‘It’s the buzz, cock’, a headline from a Time Out review of 1970s TV music drama ‘Rock Follies,’ Buzzcocks formed in Manchester in 1976 by Pete Shelley and Howard Devoto, who have a strong claim to have kickstarted a musical revolution in Manchester having organized and played at the now famous Sex Pistols show at the city’s Lesser Free Trade Hall in 1976, a show which inspired and spawned the likes of Joy Division, The Fall and The Smiths.

Having recorded and pressed their debut EP, Spiral Scratch, in December 1976 for a cost of £500 (the single would go on to sell 16,000 copies in the first six months of release on their own New Hormones label), the band soon underwent personnel changes with founder Howard Devoto leaving before they signed to United Artists and embarked on the recording of their debut album.

Released in March 1978, their debut Another Music In A Different Kitchen was followed a mere 6 months later by Love Bites which featured their highest charting single, and arguably best-known song, “Ever Fallen In Love (With Someone You Shouldn’t’ve).”

After releasing a third album, A Different Kind Of Tension, in 1979 the band continued for a couple of years before finally disbanding in 1981. The band would reform in 1989 for a number of shows and they continued to play live and record albums featuring original members Pete Shelley and Steve Diggle until Pete’s untimely passing in December 2018.

Most recently, in June 2019, Steve Diggle hosted a very special show at the Royal Albert Hall by way of a celebration of Shelley’s life and musical genius which featured guests Tim Burgess (The Charlatans), Captain Sensible and Dave Vanian (The Damned), Peter Perrett (Only Ones), Thurston Moore (Sonic Youth), Richard Jobson (Skids) and Pauline Murray (Penetration), as well as “classic line up” Buzzcocks members John Maher and Steve Garvey. With the band coalescing around original member Steve Diggle, they plan to gig and record once again once through the current situation. The Buzzcocks story continues.

SPILL NEWS strives to keep our readers up to date with news and events in the music industry. We keep you informed of the most recent information regarding new releases, tour dates, and information items about your favourite artists.
RELATED ARTICLES
buzzcocksdomino recordsnews
8.0

by Aaron Badgley on April 29, 2022
Buzzcocks Senses Out Of Control Cherry Red Records Buzzcocks formed in 1976 when Pete Shelley and Howard Devoto formed the band in Manchester, having been influenced by the [...]
9.0

by SPILL NEWS on December 7, 2018
PETE SHELLEY CO-FOUNDER OF BUZZCOCKS PASSES AT AGE 63 Buzzcocks co-founder Pete Shelley has passed away from a suspected heart attack which he suffered at his Estonia [...]