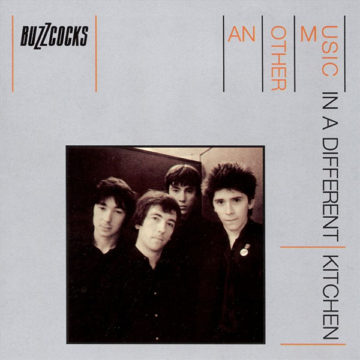 As the 21st century decidedly moves on from its adolescence, the bands that once defined teenage rebellion and angst today serve fond memories, recollections, and revisions. The 2018 remastered version of Another Music in a Different Kitchen is one of the most recent records to do the same. The Buzzcocks take on their debut album armed with 40 more years of experience, to deliver a, dare I say, superior version of the original.

Another Music in a Different Kitchen, as first released, was part of 1001 Albums You Must Hear Before You Die, and for good reason. The album is hardly short of genius, marking the point where punk in its original form finally agrees to begin the move towards pop punk instead. 40 years later, and there is still not a single track in the album that lacks the energy that has come to define the genre.

The late Pete Shelley’s signature drawl proves a memorable element, bridging the gap between the origin of punk and the Buzzcocks themselves. Tracks like “Fast Cars” and “Fiction Romance” hint at darker undertones that are expertly hidden within more cheerful chord patterns, as one can recognise to be the age-old motivator for all pop-punk music. The album does not bring something particularly unique to the table, and that’s not what it is meant to do: what it does guarantee is a damn good time.

Stan is a metalhead, musician, and freelance writer (for hire!) In that order. Yes, looks are deceiving. No, metal is not (all) about Satan.
RELATED ARTICLES
album reviewalbum reviewsbuzzcocks
9.0