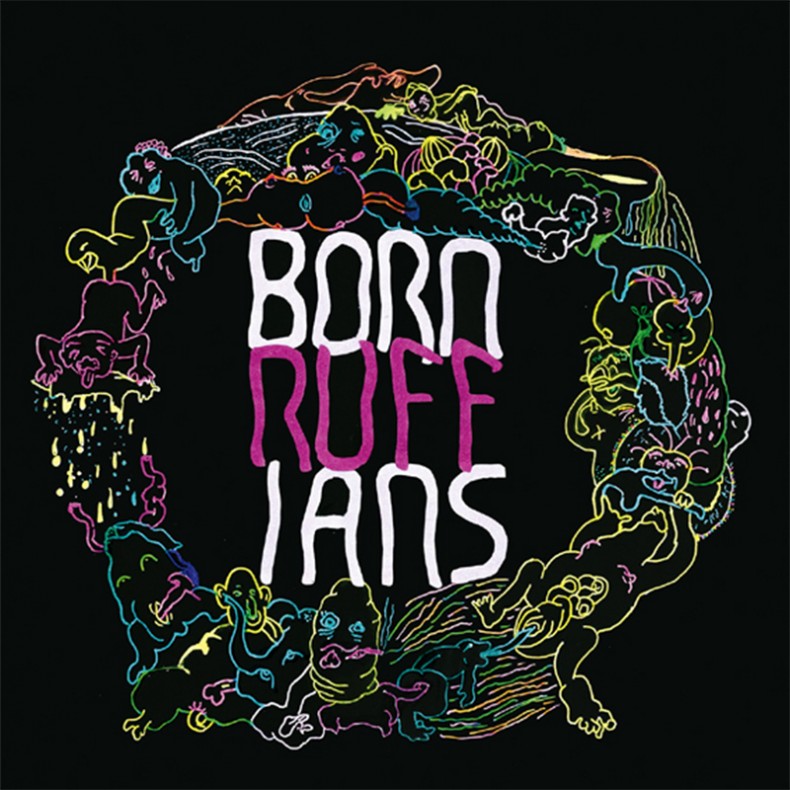 On April 22, Born Ruffians will release a digital-only deluxe edition of RUFF and XTRA RUFF EP. Featuring four previously unreleased bonus tracks not featured on the original album, the deluxe edition and XTRA RUFF EP are now available for pre-order – deluxe or EP – with instant download of “You Loser.”
Recorded during the RUFF sessions in Toronto, the bouncy, cathartic “You Loser” and the sombre “I Need Ya” were included on a hidden bonus 7-inch in the gatefold of the vinyl-only deluxe edition released in October 2015. Both tracks are included on the digital deluxe edition and XTRA RUFF EP. Also featured are “It Could Be So,” a song featuring Luke Lalonde ‘s signature guitar-picking and beautifully rhythmic lyrics and melody. An alternate version of RUFF‘s “Shade To Shade” closes out the EP.

Born Ruffians are also releasing a weekly web series, titled “B-ROLL,” with footage of their travels, compiled and edited by the band. Check out “You Loser” and “B-ROLL” below.

SPILL NEWS strives to keep our readers up to date with news and events in the music industry. We keep you informed of the most recent information regarding new releases, tour dates, and information items about your favourite artists.
RELATED ARTICLES
2016 tourborn ruffiansnews