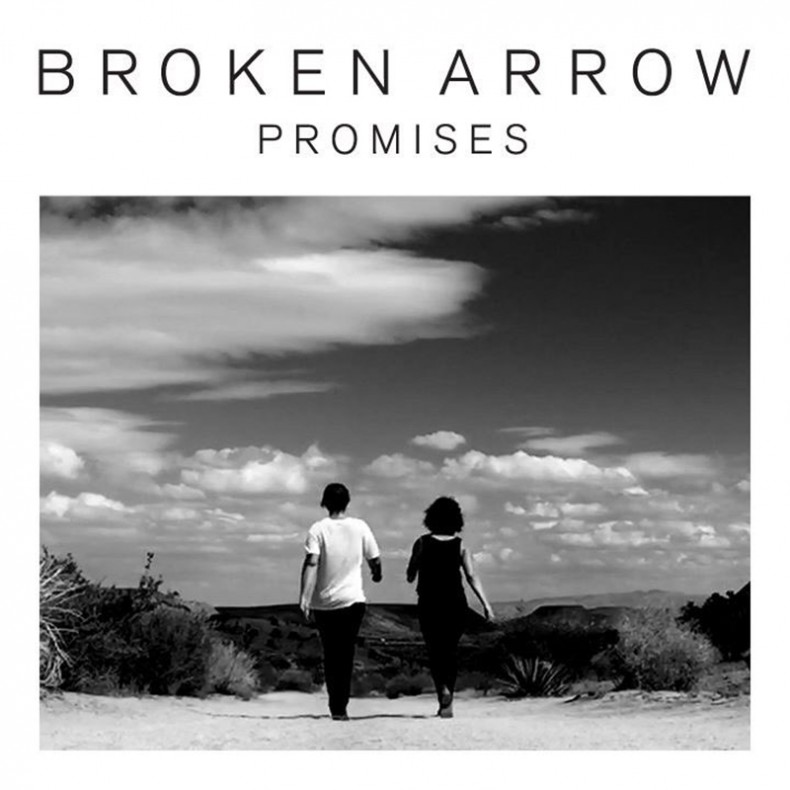 Los Angeles hybrid Broken Arrow, is comprised of vocalist Brandi Emma and Scottish musician Charlie Clark. The pair’s partnership began with a performance at a small bar in downtown Los Angeles. Soon after they quickly became inseparable. Both complimenting each others styles effortlessly, together they have conceived a uniquely dark ballad and hypnotic sound.

After collaborating on Clark’s solo debut, “Feel Something” the pair enlisted the help of Paul Wilson from Snow Patrol, an old friend of Clark’s, to play and produce on what would eventually become the debut Broken Arrow record. A collection of songs Emma and Clark had written together that Wilson had a clear vision for.

The debut single “Promises” proves itself as a rich introduction to the euphonious pair. Emma’s beautiful croon carries the song into an apex. The slow build is met by a supporting chorus which helps push the single towards anthem like status. The duo have a true gift in blending tender lyrics with an epic presence.