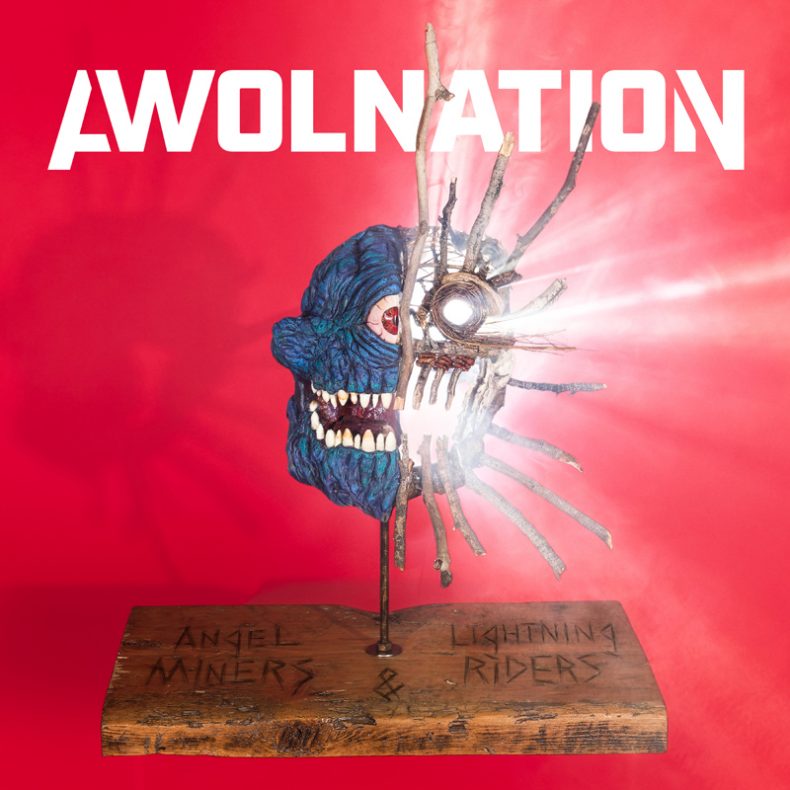 AWOLNATION have released the new video for the song “Slam (Angel Miners)” off the forthcoming Angel Miners & The Lightning Riders due out 4/24/2020 via Better Noise Music.

Written and created under the most extreme circumstances, Angel Miners And The Lightning Riders is Bruno’s boldest and best album yet. After the tragic Woolsey fires tore through Bruno’s hometown of Malibu, taking with them the home studio that represented a lifetime spent making art as AWOLNATION, Bruno began writing the album as a means of self-betterment and dealing with extreme fear, depression, and anxiety. “The fire was a reminder of how horrifying life can be,” he says.

The song “Slam (Angel Miners),” with its line “there’s always someone looking over you,” provides a lyrical tension that forms the backbone of the album as a whole. It’s a prime example of opposing mentalities and the struggle between light and dark. “Any given day I feel one way or the other,” says Bruno. “The whole album is about flitting between those two states of mind.” The video is a mixed media animated music video created by director and animator Cole Higgins. Its bold look incorporates stop motion animation, computer animated heads and live actors shot on a green screen.

The band’s current single at Alternative Radio, “The Best,” just hit the Top 5 at the format.  Driven by strong fan engagement, the song is being featured at major market stations like ALT 92.3 in New York, ALT 98.7 in Los Angeles and 101 WKQX Chicago, among others. Better Noise Music CEO Allen Kovac said of the track “If you liked ‘Sail’ you’re going to love ‘The Best.’  It is sure to be a Grammy contender in 2021!”

Aaron Bruno, the songwriter and architect behind AWOLNATION, wrote and recorded one of the most influential songs of the previous decade with the chart-topping, record-breaking track “Sail.” The first single off the platinum Megalithic Symphony (2011), “Sail” is certified Diamond (10 million) and holds the record for the most weeks on the Billboard Hot 100 chart by an independent artist, the second longest for any artist.  The debut album also produced the Gold certified “Not Your Fault” and two other Top 10 US singles.  AWOLNATION released the sophomore album Run in 2015 and 2018’s follow up Here Come The Runts. Across the span of 3 albums, AWOLNATION has notched seven Top 5 Alternative Radio hits, including two #1’s, and has accumulated millions of sales, downloads and over 1.5 billion streams globally. The music has been used in dozens of films, television shows and commercials around the world, and songs have been the genesis of viral sensations garnering hundreds of millions of streams and views across platforms like Instagram, Vine, TikTok, YouTube, etc.

SPILL NEWS strives to keep our readers up to date with news and events in the music industry. We keep you informed of the most recent information regarding new releases, tour dates, and information items about your favourite artists.
RELATED ARTICLES
awolnationbetter noise musicnews