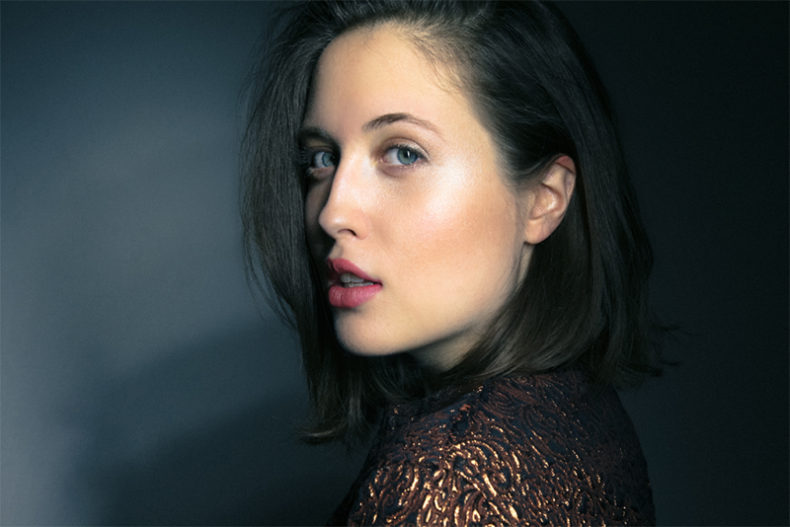 “NO ROOTS” OUT NOW ON MOM + POP MUSIC

Alice Merton announces her debut U.S. tour. Ms. Merton continues her rise on the Billboard Alt Radio Top 40 coming in at number 19, and is currently #33 at AAA Radio and #20 at iTunes Alternative Charts.  The up and coming singer-songwriter recently signed to Mom + Pop Music and earned a major feature on Billboard, which is online now.  Her single “No Roots” has already captured an immense amount of attention with over 60 million global plays on Spotify and YouTube and over 400,000 streams in the U.S. alone last week.

Order your tickets for her upcoming U.S. tour HERE!

“I’ve got no roots, but my home was never on the ground.“

One whole sentence seems to sum up the life of the English/Canadian singer and songwriter Alice Merton. Four countries and eleven moves later, she starts to take her first independent steps into the music industry. With success – “No Roots” reached top positions on iTunes, Spotify, Shazam and Hype Machine. In Germany, the song has already reached platinum status and was #1 in the official single charts.

Raised in Canada, finishing high school in Germany, then moving on to England with her family, Alice has gotten quite used to packing and unpacking boxes. With her debut single “No Roots”, she describes the life of having had many different homes, but comes to the realization that her home was never in one place.

At the age of five she started taking classical piano lessons, four years later she was introduced to vocal training. After spending many years being classically trained, Alice discovered the art of songwriting through one of her high school courses in Germany. She then went on to study songwriting and pursue her dream of becoming a professional singer/songwriter.

During her studies she started working with various producers. Finding the right producer is like finding a missing puzzle piece, you know it’s there somewhere, but it takes a really longtime to find.” However, after being introduced to Nicolas Rebscher, a Berlin-based producer, she knew she had found her match.

Creating a very analog and organic pop sound, going back to the basics of drum and bass driven music, they combined their individual styles to develop a style of their own. Nicolas Rebscher’s arrangements were the perfect addition to Alice’s melodies, combining the depth and softness in her voice, with his energetic and charismatic sounds.

SPILL NEWS strives to keep our readers up to date with news and events in the music industry. We keep you informed of the most recent information regarding new releases, tour dates, and information items about your favourite artists.
RELATED ARTICLES
alice mertonmom + pop musicnews