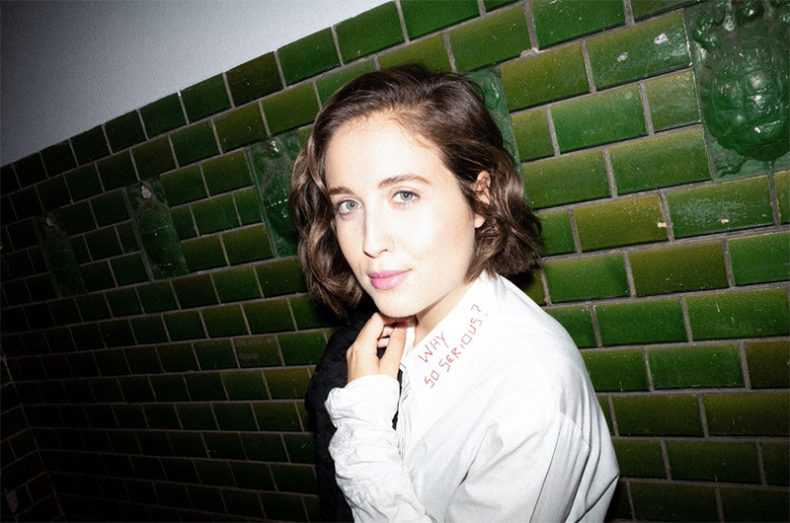 Platinum-selling English born, German-based singer-songwriter Alice Merton releases her most commercial and exciting single to date with ‘Why So Serious’, along with intriguing official video taken from her upcoming and much-anticipated debut album ‘Mint’ out in Jan. 2019 via Mom + Pop Music (Pre-Orders 21st Sept.).

After rising to fame two years ago in 2016 with her explosive debut single ‘No Roots’ (Mom + Pop), written about her constant moving homes as a child becoming such as huge debut, it’s safe to say it’s been a whirlwind for Alice Merton with 124 Million YouTube hits to date. With an early mission statement to perform and write music she has a passion for, to be an artist she’s proud of and to keep an Independent way of thinking, she took things into her own hands and started Paper Plane Records Int. with her best friend  and manager Paul and together formed some huge plans.

Written by Alice and longtime co-writer/producer Nicolas Rebscher the ‘Why So Serious’ single is a song that brings positive light into this sometimes too serious world we live in. With Alice’s positive outlook on life she sings ‘why so serious, why we so serious, can someone please tell me’ and is about trying to write her next hit and realizing she just has to have fun with it. ‘I was a little upset that everyone would ask if the next song would be as successful as ‘No Roots’. And then I thought, screw this! I’m happy, I have the time of my life, so: Why so serious?’ Although sticking to Alice’s electric guitar riff-laden sound she’s come to form, this song brings a more pop filled positioning with a well-honed production and strong melody and chorus leading into a well-written Bridge of ‘I want to live with no regrets, I don’t want to care of what if’s, cos what if those things don’t last’.

Alice’s recent hit song “Lash Out” broke into the AAA Top-10 coming in at #9 and worked its way up the alt-radio charts officially debuting in the top 15. Her debut single “No Roots” held #1 for 2 consecutive weeks at alternative radio, held it for 8 weeks in Canada, and reached #1 on the AAA charts 5 weeks in a row. She also cracked the Top 30 on the pop charts (#26), the Top 15 on Hot AC (#13) and entered The Billboard Hot 100,

Knowing her journey and what’s to come including her stats so far, it’s hard to think that the young Alice Merton is only just getting started.