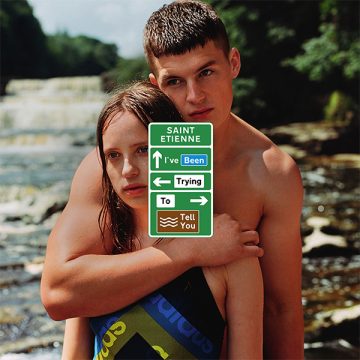 Saint Etienne
I’ve Been Trying To Tell You
Heavenly Recordings

If you’ve ever taken Saint Etienne at face value, a very good electro pop band, you would be greatly mistaken. Behind every one of their releases, the trio has always had an undercurrent of social and political commentary, expressing their view on things. They were always able to wrap these commentaries into some beautiful, exuberant, or melancholic music, mood depending.

I’ve Been Trying to Tell You, their latest, is no exception in either respect. “The album was made largely from samples and sounds drawn from the years 1997-2001, a period that was topped and tailed by Labour’s election victory and the terrorist attack on the Twin Towers”, explain Cracknell, Wiggs and the music they come up with here is a perfect foil to present their memories and views.

As you might expect, going down memory lane is seen through the narrator’s view, and here it is a melancholic one, with both bitter and sweet parts represented in equal measure. The repeating phrase “here it comes again” in “Pond House” tells it all.

The fact that the trio recorded the album remotely, with none of them being in the studio at the same time is nowhere to be felt here. Hopefully, Saint Etienne will come up with an equally good album about themselves at some point.

Formerly a lot of things, including a journalist and a translator, currently a freelance writer living in The Netherlands.
RELATED ARTICLES
album reviewalbum reviewsheavenly recordings
8.0