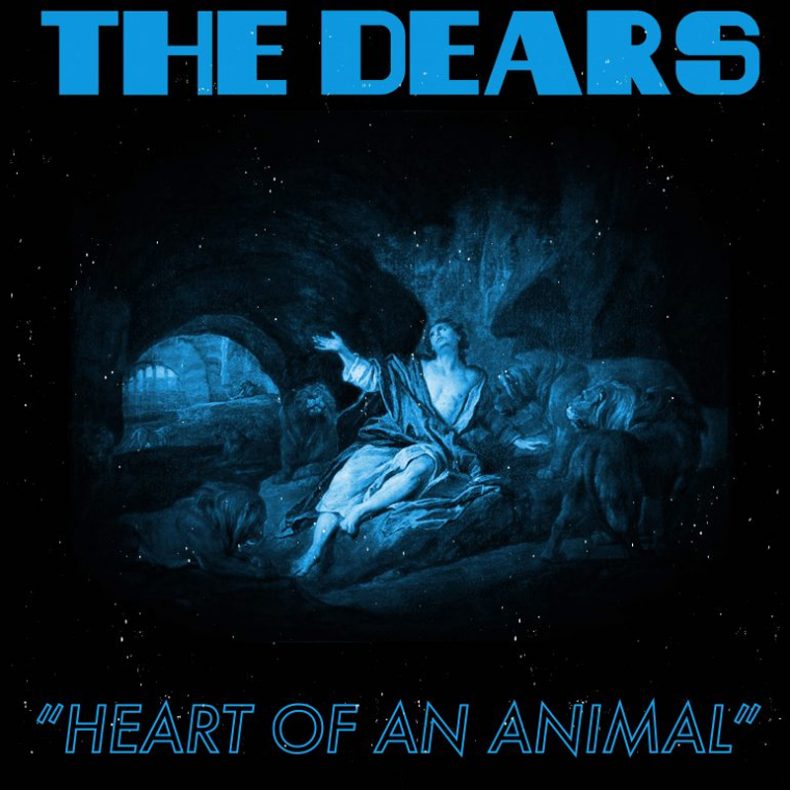 THE DEARS RELEASE NEW SINGLE “HEART OF AN ANIMAL”

NEW ALBUM LOVERS ROCK OUT MAY 15 VIA DANGERBIRD RECORDS

Montréal quintet The Dears, led by husband & wife duo Murray Lightburn and Natalia Yanchak, have released “Heart Of An Animal” the second single from their upcoming album Lovers Rock which arrives digitally on May 15th with vinyl set for release on August 21st.

“I’ve been trying to get ‘Heart Of An Animal’ on a Dears album for a very long time, but for whatever reason it just never fit,” says Lightburn. “Now it kicks off and sets the overall tone of Lovers Rock. It was by far the most difficult song to sing for me, as it hits the very very top of my range.” Yanchak adds, “It’s a tender, psychedelic runaway train. You should be left wondering where this album is going and let me tell you… it just gets weirder from here.”

The Dears’ 2003 breakthrough album No Cities Left was a crepuscular, romantic soundtrack to uncertain times. 9/11. War. The looming economic crisis. Nearly two decades later, as Lovers Rock began to take shape, the world’s mood felt eerily similar. “There’s a direct line between the sort of doominess of No Cities Left and this album,” Lightburn says. “You could go straight from Lovers Rock to No Cities Left and it’s like they’re interlocked.”

The Dears have always made apocalyptic love songs for an existential crisis, both unsettlingly experimental and impossibly lush: part Bacharach, part Krautrock. From the anthemic anger and driving resignation of “Heart of An Animal” to the swoony, swerving, epic first single, “The Worst In Us,” Lovers Rock is the sound of The Dears topping themselves yet again, an accomplishment borne of ambition, hard work, and a strong sense of identity.

by SPILL NEW MUSIC on December 6, 2020
THE DEARS “CHRISTMAS LOVE” COMES BUT ONCE A YEAR DANGERBIRD RECORDS As jingle bells are just being heard on the horizon, The Dears slide through in a sleigh [...]
7.0

by Contributing Writer on October 25, 2019
Slothrust Peach Dangerbird Records A three-piece band hailing from Boston, Slothrust is a band finding their feet. They consider themselves a garage/alternative band, but personally, I’d put them [...]