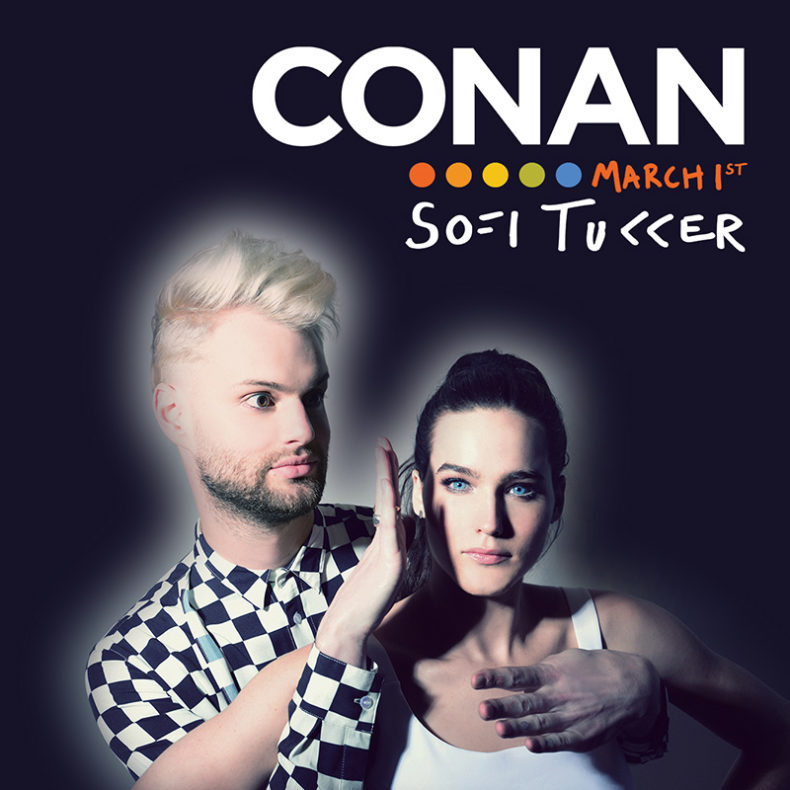 Sofi Tukker will debut a brand new single on Conan, Thursday March 1st. Conan airs on TBS at 11 EST/ 10 CST, check your local listings. The single is the follow up to their international hit “Best Friend”, which the group performed on The Tonight Show starring Jimmy Fallon and MTV’s TRL in January. “Best Friend” has been a smash on US radio hitting #1 on Dance radio, #16 on Alternative, #18 on Pop, and #29 on HotAC where it is still rising.

The group recently announced the first leg of their Treehouse World Tour which kicks off in Washington DC on April 18th. In celebration, the group released Oliver Helden’s remix of “Best Friend” last week as well as a new mix as part of the Beats1 One Mix series which has also featured MK and Claptone. Listen to the mix here.

Sofi Tukker emerged with their genre-defying single “Drinkee”, an adaptation of the work of Brazilian poet Chacal which garnered them a world-wide audience. Since then, they have surprised at every turn releasing a wide scope of music from high energy dance tracks in Brazilian Portuguese to subversive political diatribes to cutting edge pop and all this in advance of their debut album due out later this year. Don’t miss the debut of their next single on Conan, March 1st.

Be sure to catch Sofi Tukker on their 26-date Treehouse World Tour Part 1, kicking off on April 18th in Washington, DC. All tickets on sale now HERE.