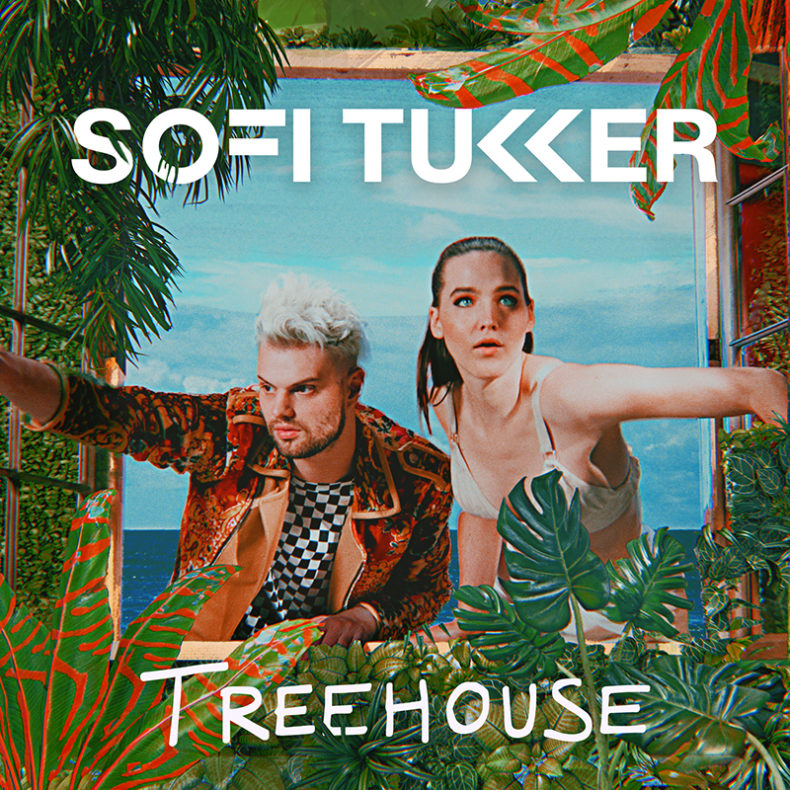 Ahead of their Treehouse World Tour Part 1, Sofi Tukker announces their forthcoming debut full-length Treehouse, due out April 13th. The 10-track album includes previously released singles “Energia” and “Fuck They” and presents Sofi Tukker fully formed after a Grammy nomination, countless months on the road touring, and their enduring fervently positive spirit. “Treehouse is about the childhood spirit of play,” the duo says about the album. “We want our music to be like that magical, welcoming place from childhood, where you go to escape with your friends and make your own rules together. Treehouse is about grown children who lift each other up, inspire each other, encourage each other, and play together. Everything is fair game and all aspects of our selves are accepted. Everyone shines, everyone is invited, and you are free to be any way and anyone you want to be.”

In anticipation of the album, the duo shares a new single “Baby I’m A Queen.” Steeped in raucous guitars and anthemic lyricism, the track is a full-blown hands in the air tune that’s ready to jump start your weekend. The song was written about embracing tumultuousness and vulnerability. “Just because you are vulnerable, doesn’t mean you have to let yourself be belittled or infantilized (why is “baby” the default nickname?)” the band says of the song. “We are strong and empowered because we cry, because we desire, and because of what is chaotic about us. This song is about standing up as strong and powerful, because of that courage to share ourselves. It’s about being both a baby and a queen at the same time.​​​​​​​”

“Baby I’m A Queen” follows the pair’s international hit “Best Friend,”  which has been smashing the radio charts hitting #1 on Dance radio, #16 on Alternative, #18 on Pop, and #29 on HotAC.

Be sure to catch them on their Treehouse World Tour which kicks off in Washington DC on April 18th. All tickets on sale now via sofitukker.com/tour.

SPILL NEW MUSIC strives to keep our readers up-to-date with new releases by your favourite artists, keeping you informed of new album, single, and video releases. Stay tuned -- who knows, you might just discover your new favourite band.
RELATED ARTICLES
best friendenergiafuck they