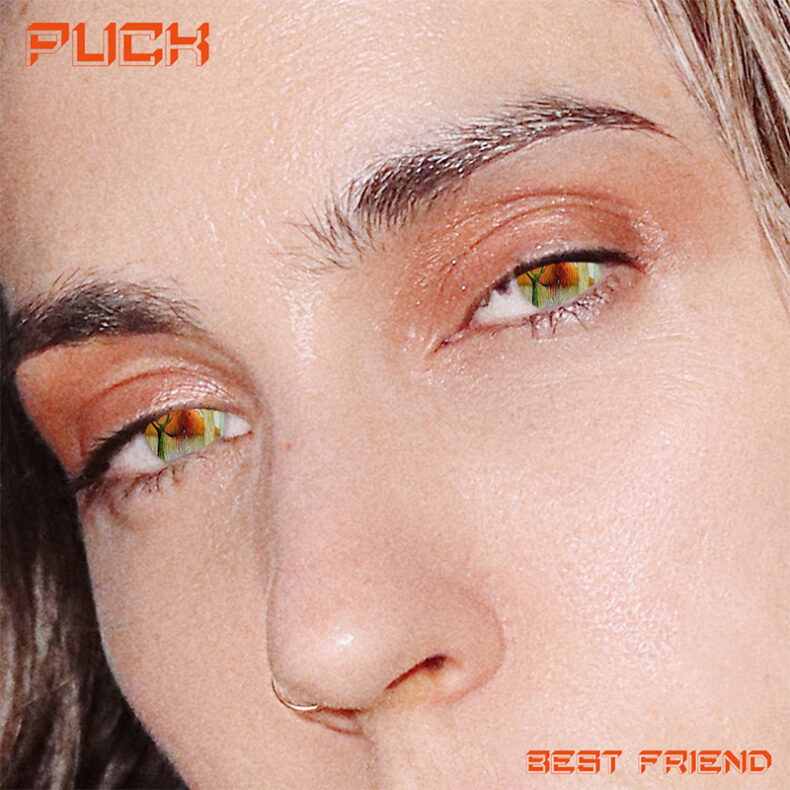 Seattle via NYC newcomer Puck shares their final and vulnerable single “Woman” following the announcement of their debut full-length, Best Friend. The record will be self-released this Friday, November 11, 2022.

Speaking about “Woman”, Puck said: “Woman” is a search for the beginning of feminine oppression – it seeks to know the source date, and the reason for patriarchy beginning. I think harm always has a reason for starting, as well as a date of initiation.

Musically, “Woman” is inspired by the Joni Mitchell songs I grew up listening to, of just voice and piano. ‘Court and Spark’ had a massive influence on my childhood – it’s one of my favorite albums of all time. I recorded “Woman” on an Una Corda, a piano that just has one string per note instead of three. It sounds very harp-like. I wrote the string quartet parts as well. This song is the first movement of a 3-song suite in the center of the album. It initiates a transition of realization.”

An Elixir. A Ladder. A Long Spell. Best Friend is the debut full-length, written and produced by newcomer, Puck, out November 11, 2022.

No stranger to festival stages, Puck is most known for their work as a keyboardist, touring with SZA, dhruv, and Maggie Rogers. Having already graced The Tonight Show, the Grammy’s, Coachella, and SNL with their expansive synths and gorgeous background vocals, Best Friend heralds Puck’s arrival as an artist ready to have their say.

Concocted as a salve, the album’s hallucinogenic unfolding recounts the glory of first-love and descent into domestic violence. On Best Friend, the slippery camouflage of abuse, subsequent reckoning, and triumphant resolution to self, shape-shift from the piano. Puck’s Pacific Northwest roots tangle with her mother’s folk bootlegs and a jazz school education, all underpinned by lyrics conjured in the potency of grief.

“I wanted it to be catchy enough for the words to sneak under people’s skin” says Puck of “Best Friend,” the title track at the album’s close. Over guitars worthy of a 90’s high school movie, Puck asks simply “my best friend, why did you decide to be a violent man?” Delivered like a lullaby, the song holds the complexity of heartbreak, mental illness, and accountability simultaneously. “I didn’t really have much music to heal by” says Puck,“so I made some.”

The album opens with “Trapped,” a Shakespearean chorus, announcing the fated end from the first notes. This is Puck’s cautionary tale, written into the music’s architecture as much as it is the lyrics. An intro of rich piano reminiscent of a slow-motion Michael McDonald anchors the song in a six-chord loop. Appearing to ascend continuously, it instead resolves unendingly into itself. “To me, the harmony mimics what toxic love feels like” Puck explains, “it seems like resolution and forward movement, but really you’re just going in big circles.”

Similarly, Puck has painted their experience into the hypnotic drums. “I wanted it to be hyper-sampled, to manipulate time, but to groove intoxicatingly.” Those samples arrived through a heavy dose of serendipity: Gotye – who’s studio happened to be upstairs from Figure 8 where Puck was recording – generously lent his TR – 808 and 909 one night. The manipulated chord and drum loops are modeled after the pseudo-perfect structure of an abusive romance.

This is Puck’s subtle magic, an ability to document their life, and speak about the oft taboo, with songs that immediately want to be replayed. Recorded in one take, the foreboding “When The Quiet I Had Feared Finally Came” sounds like an old folk song, while “Hope” rips with the pulse of ecstatic joy, ready-made to soundtrack a California road trip. “You,” which treats synths, a string quartet, and footwork drums as a soundscape orchestra, is a portrait of mental illness. The power ballad “Meeting Place” is equal parts Bonnie Raitt and Frank Ocean. And “Richer,” which dreams of health in a distortion-heavy soloistic ending, sounds like something that could only be made by a jazz-school kid from the Pacific Northwest. Together, the songs wrestle with identifying truths of femininity under patriarchy. “Being in an abusive relationship and not realizing, and then going through and understanding how I was groomed as a girl to think what I experienced was love; I became obsessed with understanding how that harm came through the centuries and got to me.”

Like many artists of their generation, Puck is a unique hybrid. Born and raised in the home of grunge, Washington’s indie scenes of the 90s and 00s were a childhood guide to becoming a self-made musician. High school orchestra and jazz band led to music school at New York University. Love for the distorted palette of Pacific Northwest bands, studies at the piano during the height of Soundcloud DIY, and the influence of her parents’ 70s record collection shaped Nirvana, Thundercat, and Joni Mitchell as her strongest influences.

Thematically, the album undulates from hyper-personal to ancient as much as it does from catchy to virtuosic. In “Woman,” Puck probes for memories of initial corruptions of feminine power: “faithful to the path laid by His hand, paved of red clay stolen for mortal man.” As strings overtake an intimate piano, Puck traces a lineage of womanhood made by male ideas of femininity. The quiet, Joni-esque lament erupts into a mid-album suite of psychedelic proportion; Puck’s search for how gender violence is prioritized across generations.

Set to music that explodes into vast synth-scapes and contracts to the unflinching poetry of guitar and voice, Puck holds our paradigm accountable for her experience of first-love soured by harm. Best Friend is both a modern Bluebeard tale of domestic violence, and a reach for the memory of femininity before patriarchy – with dreams toward the future after it.

Best Friend is out November 11.

by SPILL NEWS on December 7, 2018
SOFI TUKKER’S TREEHOUSE NOMINATED FOR BEST DANCE/ELECTRONIC ALBUM GRAMMY Sofi Tukker have been nominated for a Best Dance/Electronic Album GRAMMY Award for their debut album Treehouse. This is the duo of Tucker Halpern and Sophie [...]

by SPILL NEWS on January 4, 2018
SOFI TUKKER ANNOUNCES LATE NIGHT TELEVISION DEBUT ON THE TONIGHT SHOW STARRING JIMMY FALLON ON JANUARY 8TH AT 11:35 ET “BEST FRIEND” CURRENTLY #20 ON THE US POP RADIO CHART AND #25 ON THE US ALTERNATIVE RADIO CHART NYC duo Sofi [...]