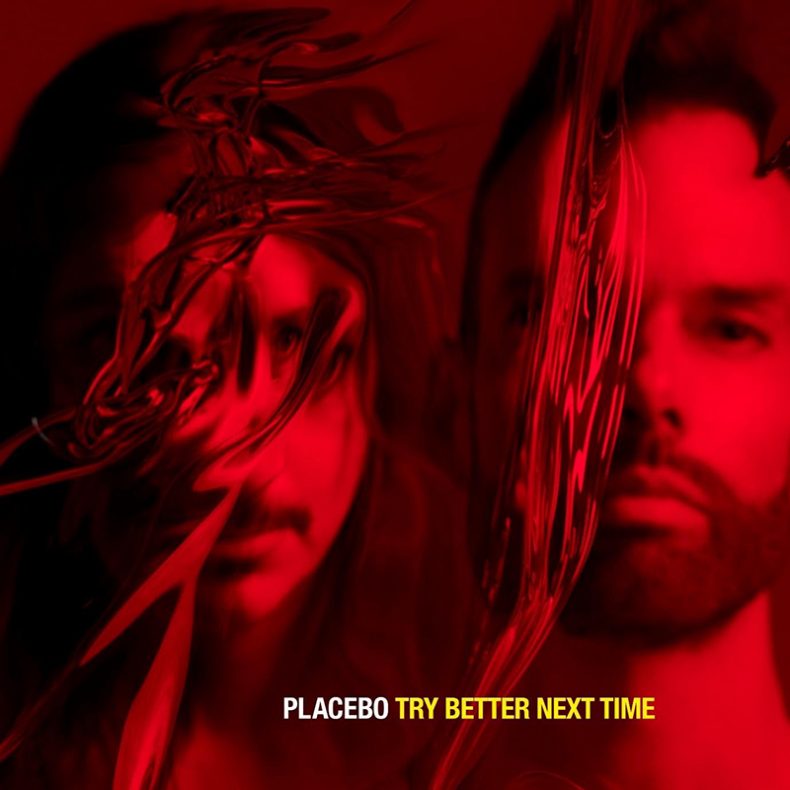 Placebo are sharing a brand-new single, “Try Better Next Time”. It follows recent new tracks “Beautiful James” and “Surrounded By Spies”, the latter of which heralded news of the band’s long-awaited 8th studio album – and first together in almost a decade – Never Let Me Go.

“Try Better Next Time” continues Never Let Me Go’s stark assessment of humanity’s descent. Opening single “Beautiful James” revealed a stern commentary on the proliferation of ignorance in a time where information has never been more readily accessible. Follow-up track “Surrounded By Spies” spun themes of tech-saturation to observe how – in a world where technology used to serve us – we increasingly find our real-world lives anchored to the technological frameworks we have built for ourselves, causing more harm than good.

New single “Try Better Next Time”, the album’s poignant centrepiece, casts its gaze toward humanity’s seemingly inevitable fate – an end to our existence. It comes loaded with a disillusionment that ponders the sense in continuing our trajectory toward eco-catastrophe. Dressed in rousing anthemia, it wrestles with the idea that we might “grow fins, go back in the water” and attempt to re-evolve into something more nurturing of our surroundings.

As great masters in cataloguing the human condition, Placebo’s unique way of examining both its flaws and beauty finds fertile ground in 2022. Crawling out of the pandemic into a landscape of intolerance, division, tech-dependence and imminent eco-disaster, theirs is a voice that has rarely felt more significant to contemporary discourse, and more appropriate to sing these stories to the world.

“Half the planet is on fire while most of the other half is slowly disappearing under water. The tech billionaires have retired to their enclaves in New Zealand which they protect with their private armies. Most of the Nouveau Poor, the new global cash-strapped, are burrowing into the surface of the earth for shelter as the Earth’s resources continue to disappear. The vengeful, and the utterly desperate, continue to fight but there is no more war for oil. There is none left. Today is the age of the drinking water wars. Entire nation states have become militarised fortresses, prepared to kill anyone who tries to break their borders, as they hoard whatever meagre resources remain. The tech billionaire money and land grab is over – and the Nouveau Poor will kill for food. Violence and brutality not seen since the Middle Ages erupts on a daily basis. Far-right militias, accountable only to themselves, police the planet, continuously inventing new reasons to kill anyone who isn’t white or faithful to the patriarch in the sky.

This is the beautiful future we were promised. This is the result of the progress that in our infinite wisdom we have sought and craved so religiously. This is our dominion over the animals, narcissistic and psychopathic interlopers that we are.

But it is not the end of the world, only the end of humanity, a distinction that in our overblown hubris we are unable to detect. No other species has so deftly shat where it eats, and Mother Nature has grown extremely weary of us.