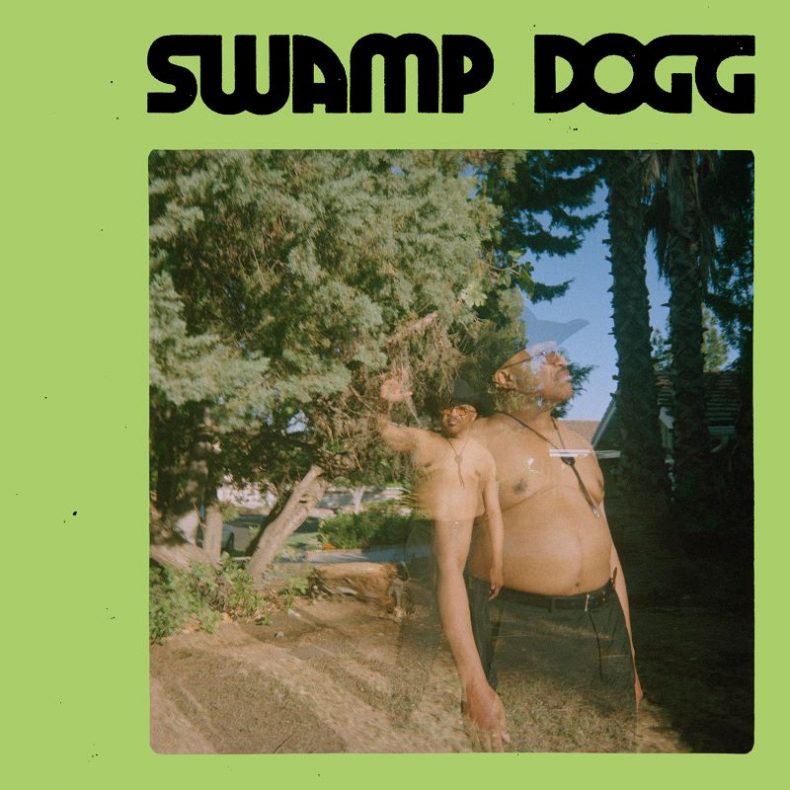 The album is available for pre-order now.

In 1954, 12 year old Jerry Williams, then performing under the name Little Jerry Williams, made his first recording for Mechanic Records, a blues stomp with a shockingly mature vocal performance. Through the 60’s Williams’ career developed with a number of successful singles, including “I’m the Lover Man” and “Baby You’re My Everything”, as well as writing and producing hits for Dee Dee Warwick, Doris Duke, and Patti LaBelle and the Blue Belles.

It was in 1970, however, that the full extent of Williams’ eccentric creative genius was unleashed on the world for the first time, with the birth of his musical alter-ego, Swamp Dogg. Created to “occupy the body while the search party was out looking for Jerry Williams, who was mentally missing in action due to certain pressures, mal-treatments and failure to get paid royalties on over fifty single records,” the Swamp Dogg alias, still in use today, allowed Williams to create music that was bolder, raunchier, and more honest to his creative instincts. The Dogg’s cult classic debut Total Destruction to Your Mind struck a powerful blend of Williams’ classic soulful sensibilities and the blooming psychedelia of the time. Infused in the swirling brew is Swamp’s blink-and-you’ll-miss-it humor, a number of acid odes, and a heavy dose of sharp political insight. Though the psychedelic strangeness alienated R&B fans of the time, and the authentic R&B infrastructure prevented it from clicking with hippie audiences, it has retroactively received legendary status in cult music circles.

Swamp Dogg is at his most earnest on lead single “Soul to Blessed Soul” – out now across all streaming platforms. The song is a wholesome yet triumphant tune about the divine power of love. Paying tribute to the kind of connection that overcomes the deepest hardships and brings out the best in a person, Swamp Dogg can only think to thank God for his good fortune. Anchored on a head-nodding lick from Guitar Shorty, “Soul to Blessed Soul” is a slow-burning serenade that’s sweet, soulful, and at times, a little sexual.

At 78, Swamp Dogg is as sharp of a singer and songwriter as ever. His raunchy yet charismatic sense of humor takes a more forward role on I Need a Job…So I Can Buy More Autotune, with earnestly delivered lyrics about all day sex and an entire song dedicated to the perils of “Cheating in the Daylight.” Many of the record’s most charming moments emerge from the juxtaposition of Swamp’s left field humor with genuine messages of love, such as “She Got That Fire”, which weaves descriptions of imagined sex acts, including but not limited to an encounter involving edible underwear, in between relatively wholesome proclamations like “she must be an angel on earth,” and “when she looks at you, it’s like sunshine from her eyes.” I Need a Job… does more than prove that Swamp’s still got it, it proves he’s still getting better.

SPILL NEWS strives to keep our readers up to date with news and events in the music industry. We keep you informed of the most recent information regarding new releases, tour dates, and information items about your favourite artists.
RELATED ARTICLES
don giovanni recordsnewsswamp dogg
8.0

by Dan Shust on April 7, 2017
Aye Nako Silver Haze Don Giovanni Records The adjectives we use to describe punk typically have a strong affect on the noise. Pop punk, hardcore punk, folk punk, all have a particular sound [...]

by SPILL NEW MUSIC on July 28, 2016
BIG EYES – “BEHIND YOUR EYES” Don Giovanni Records Following the strength of the debut single and title track of Big Eyes’ upcoming third album, the Brooklyn band, fronted by [...]